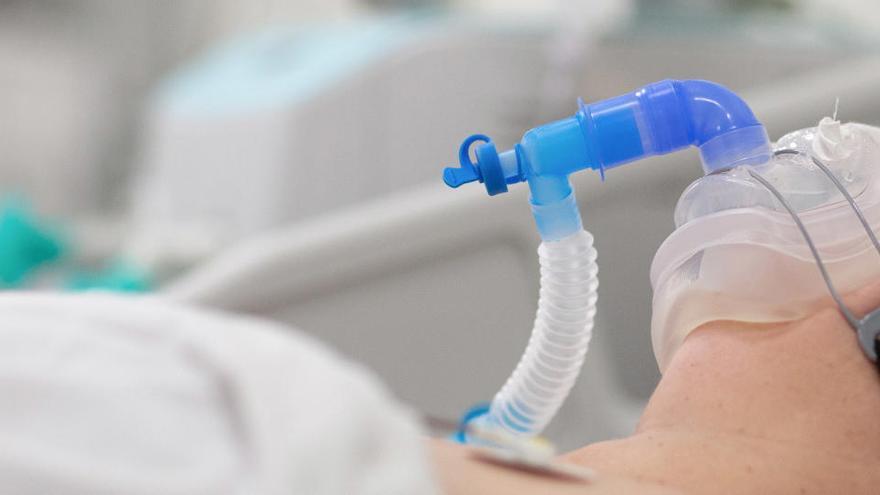 Few topics are as disturbing as death. Own death, that of loved ones and that of human beings in general.

We are experiencing a crisis in which, every day, not to say every hour or every minute, we are offered statistics on the deaths caused by covid-19. Today so many people have died in the United States, in Italy, in Germany, in Spain, in your community, in your city or in your neighborhood … Numbers hide people’s faces. The statistics hide the pain of the family and the anguish of those who are gone forever. It is said how many patients there are in the ICU but nothing of the fear they have of never leaving there. And we are getting used to that song about the number of deaths. The dead hurt us as they become closer to our life. The death toll afflicts us, but the emotional closeness of the deceased makes us mourn. That is, the death of a relative, a friend, an acquaintance.

The truth is that there is not a day when news about those who are gone forever, about those who do not care and what they do not appear on the news, on the radio news or on the front pages of the press. It happens with vaccines (I don’t remember in which country they say “it doesn’t appear anywhere”, to communicate that someone has died). Not a word about the fear, pain or loneliness of those who leave or those who stay. The feelings, as I said, vanish between the graphs, the numbers and the images.

Everything around us makes us feel death on our heels. We can be the infected, the threatened ones, the ones indicated by destiny. Is there anyone who can say with complete confidence that he will not touch him? What about the fears of hypochondriacs in these times of viral siege! What to think of the fear of people with many years and many ailments!

As the days go by, death approaches us with greater force, with more noticeable intensity. Who else who least has close people who have already been touched with the cursed rod of contagion. Some are gone forever, others have been left with irreversible consequences, and others have come out of the risk of death so easily that it almost seems like a miracle.

I just received two testimonials that I want to share with whoever reads me. One comes from Argentina and the other from Spain. And I have chosen them to show that the problem is planetary but, at the same time, very close to each one of us. And to touch pain and anguish with your hands. The more time passes, the more likely we are to meet people around us who have suffered the consequences of the disease, sometimes fatal.

An Argentine friend tells me: “The virus attacked my respiratory tract, I was short of breath at times, low oxygen in my blood, I had pneumopathy, not pneumonia. Likewise, the lung is resentful, the scars that remain, the doctor explained to me, that as the months go by, they go away, the body absorbs them. It was very hard, I couldn’t speak either, my voice did not come out and a very sore throat, very very strong. Consequently, I did not eat for 15 days. But unfortunately I did not lose a kilo, I need to lose about 8. I also tell you that it is a disease that is destroying you emotionally, because you do not know what will happen, if in the morning you will be alive or not. Face to face with the anguish and the ghost of death. That feeling is tremendous. She was medicated with corticosteroids and antibiotics, first injectable and later in tablets. The day after discharge, he was fine, hungry, normal, in quotes. From this almost a month ago, I still had a little cough and my voice, like it’s not mine. But with a lot of faith in God. all right. And this being next to death, made me change my view of life, life is that moment, and re-learn many things, value more what I have, prioritize myself in some situations, I understood and lived to the limit the finitude of life. I started to change things in my house, to buy new things and throw away the old. I need to feel alive. And obviously I was very scared … “.

How can one not feel the pain and anguish of those who see death so close? How can we not think that we are also threatened?

Entresaco, from the message of another friend, this Spaniard, the following words from an email that she kindly sent me: “The same night my father passed away, they gave my brother the official results and he also came out positive. My mother thought she would die … she did not want us to get infected and she asked us to all go away in the deepest loneliness in the midst of great chaos. My mother was without symptoms, but we decided to take her to the hospital and what was our surprise that both lungs were already affected, she already had pneumonia. Without being able to fire my father and with the new situation, a fear flooded me and my head was blocked, it took many hours to be able to articulate a word. They did tests and I came out negative … there were times when I wanted to be positive so that I could hug my mother naturally, to wipe her tears, so as not to separate from her, but fear told me that being able to have it could imply not seeing to my daughters never again. A cluster of unpleasant emotions: fear, sadness … ”.

How can we not feel the pain and anguish of this story, of these experiences? How not to feel fear in the presence of suffocating and persistent danger?

Death is something excessive. It is there, behind the door, behind the corner, behind that hand that is extended to us, hidden in that furtive hug that is given to us … And perhaps we carry it hidden in the air that we expel. “Sane is only the one who lives every day like someone who can die every day and every hour,” Quevedo said.

I have just read the book by Héctor Abad de Faciolince entitled “The forgetfulness that we will be”. A beautiful book that tries to honor the life and death of the author’s father.

On page 273 it says: “We know that we are going to die, simply because we are alive. We know what (that we will die) but not when, nor how, nor where. And although this outcome is certain, unavoidable, when this happens to someone else, we like to find out the moment and have details about how, and know the details of where and guess why ”.

Three brief conclusions. In these moments (and always), we have to turn to the pedagogy of death. Montaigne used to say: “He who taught men to die would teach them to live.” In a recent and disturbing book entitled “The black shadow of the white wolf” says José Luis González-Geraldo: “Talking about death without concealment or absurd superstitions and even beyond any religion can be vital to understand life. To learn to live, we must first learn to die ”. Let us remember the text of that famous graffiti: “There is life before of death”.

The second refers to the duty that we all have to watch over the life of each and every one of our fellow men through strict compliance with the prescriptions that safeguard it.

The third has to do with sentimental education. We have to learn to feel, express and share our emotions: fear, anguish, sadness, pain, anger … And also hope, trust, joy and love.