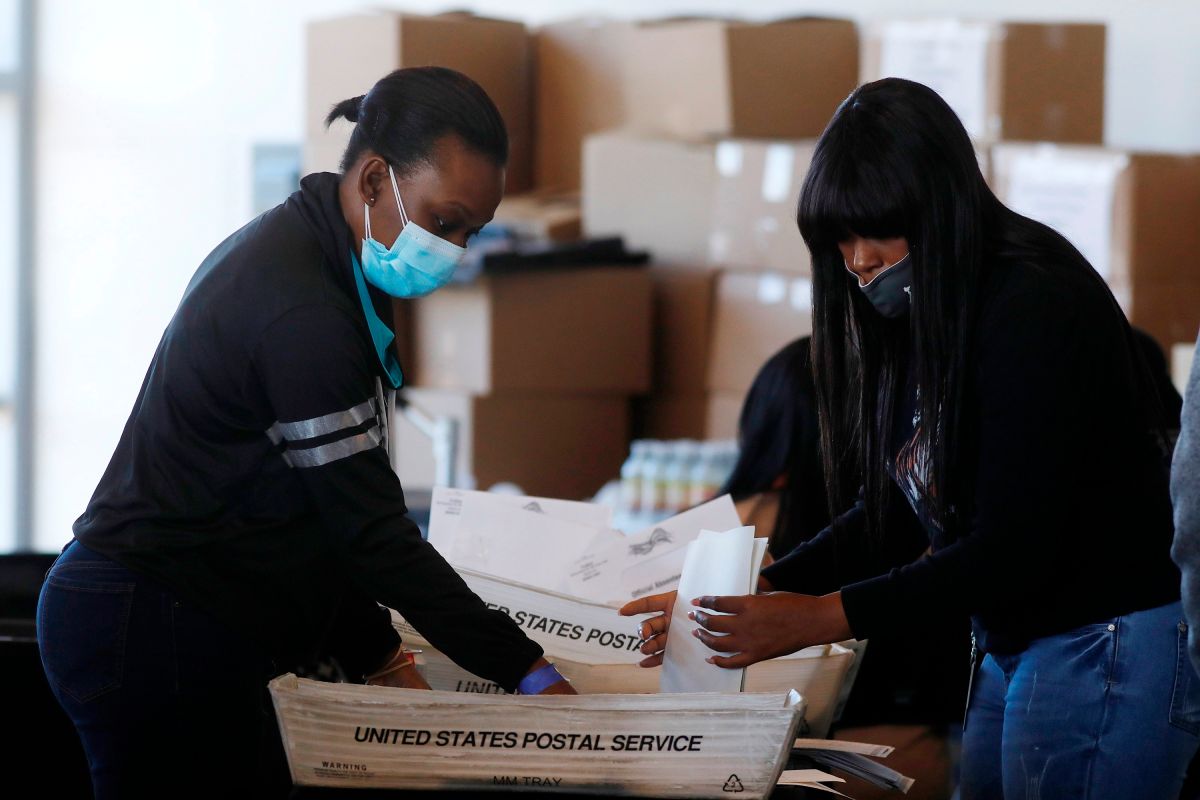 ATLANTA, Georgia – Georgia began the manual counting of all votes cast in the presidential elections on Friday, in view of the narrow margin of the first count between the outgoing President Donald Trump and President-elect Joe Biden, with the latter with about 14,000 votes in his favor and that would mean the 16 electoral votes granted by this state.

The hand-counting of the nearly five million votes and after all counties certify their results, should conclude on Wednesday, November 18 at midnight, as announced Thursday the electoral authorities of Georgia.

The recount will be made due to the 0.3% advantage that Biden maintains over Trump, after counting 99% of the total votes.

The process starts today with the Georgia Secretary of State Brad Raffensperger, He has been in voluntary quarantine since Thursday after his wife, Tricia, tested positive for the coronavirus, as confirmed by Deputy Secretary of State Jordan Fuchs.

State officials said the manual count, the largest ever in the country, will be overseen by observers from the Republican and Democratic parties, and that each of Georgia’s 159 counties has a different plan for how it will go ahead the process.

In fact, the most populated, Fulton and DeKalb, where the Atlanta metropolitan area is located, will not begin this process until Saturday, which the authorities do in pursuit of complete “integrity” of the electoral process, as state authorities have indicated. .

“The press has mistakenly characterized this (the manual count) as giving in to Trump and his campaign. That couldn’t be further from the truth. Even before the Trump campaign spoke about the possibility of a recount, we knew there was a specific purpose for an audit in the law, ”he stated Thursday. Gabriel Sterling, Secretary of State official in charge of implementing the voting system.

Request for the resignation of Republican Secretary of State

The Secretary of State himself, a member of the Republican Party, has been the target of criticism from some members of his own party, including senators for Georgia Kelly Loeffler and David Perdue, who this week demanded his resignation after having to contest their seats in a runoff in January.

“The voters of Georgia hired me, and the voters will be the ones who fire me,” Raffensperger defended himself.

Fight for control of the federal Senate

The January election will be key in defining control of the federal Senate, where Republicans currently control 50 of 100 seats, compared to 48 for Democrats.

Georgia, along with North Carolina, where Trump maintains an advantage, are the only two states where so far the major US media have not projected a winner, as happened last night in Arizona, which has gone to Biden’s pocket after several media they will project the victory of the Democrat in this state.