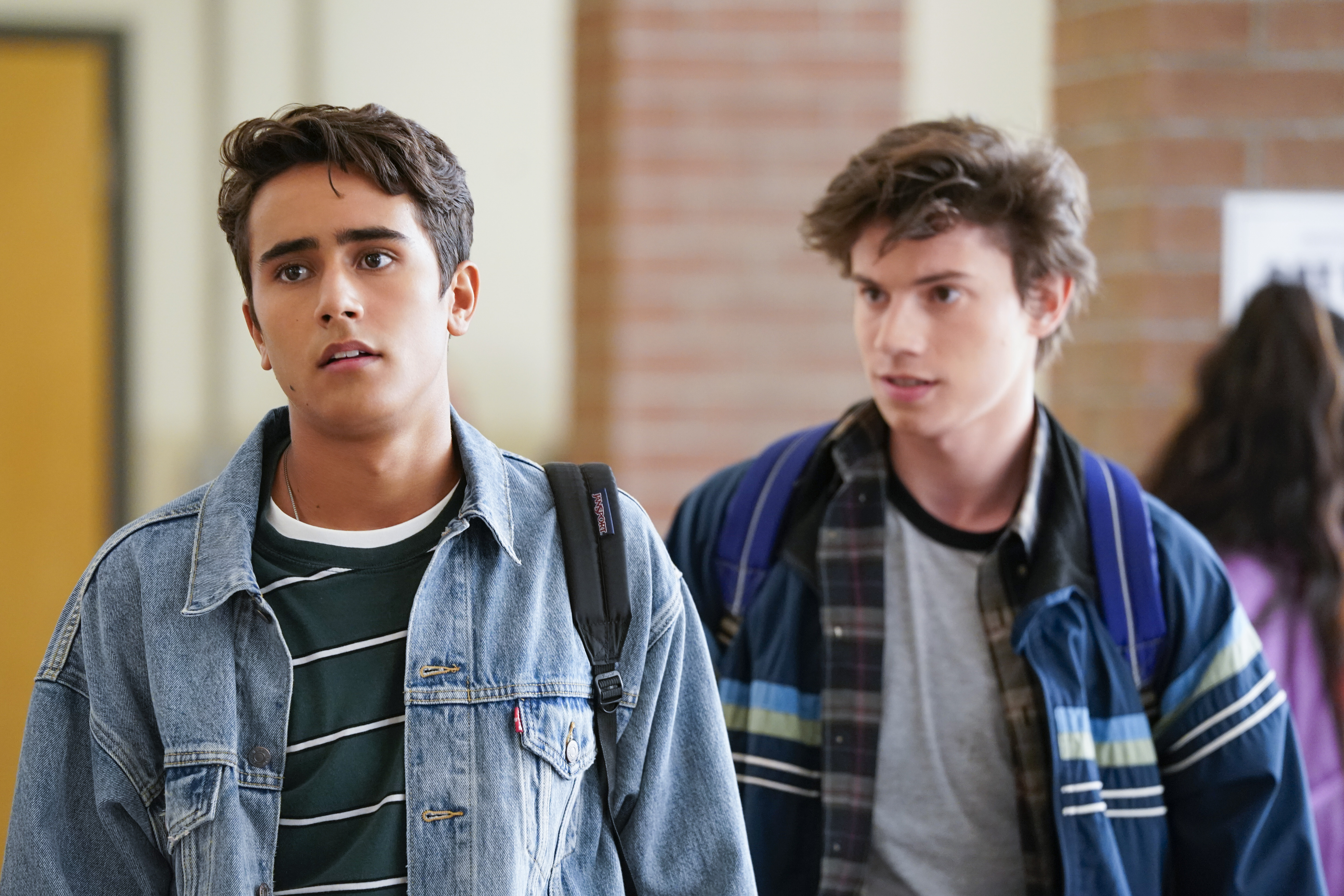 Victor Salazar, the protagonist of Disney’s new teen series, is Latino in a country for whites; Lower-middle-class student on a scholarship for the rich and possibly gay in a heterosexual world. The latter is not very clear to him. Even less so when the most popular girl in high school starts the course making eyes at him: her only passport to status.

With love, Victor is the continuation of With love, Simon, a 2018 romantic comedy that featured a teenager coming out of the closet in the best possible condition. This sequel in the form of a series, which Disney + premieres on Tuesday 23, puts itself in the opposite situation. “There is still not so much Latin representation on television, and with this type of series we wanted to be part of the solution to that problem, to that lack of diversity,” Elizabeth Berger, scriptwriter of both projects, explains to EL PAÍS. The result is that, if sexual identity is today inseparable from economic and racial identity, Victor is an emblem of intersectionality. The only minority to which he does not seem to belong is that of being rich.

This omelette of problems is, however, what gives wings to the series. Victor’s economic alienation, for example, is what exacerbates the social consequences of coming out of the closet. “If you are already the one who has plenty because you are the only one on the basketball team who cannot afford the equipment, do you really want to differentiate yourself even more by announcing this other part of yourself? When the other option is to be with the most popular girl in school? ”, Explains the other director of the series, Isaac Aptaker.

The other twist is at home. His family is not entirely homophobic, but he does not look like he is doing very well with having a gay member. Victor’s identity dilemma is not how much he will suffer for announcing his sexuality, but how much his parents will suffer. “Victor sees himself as a rock in his family. Something that is always there, unalterable ”, describes Berger. “There is a lot of family turmoil around her and her own mother already tells her, ‘I’m so glad to have you, I never have to worry about you. It puts enormous pressure on him to be the good son, not to shake things up. That’s why Victor has everything so buried. He is afraid of scaring his parents ”.

Despite all this, With love, Victor —The first Disney series starring a character queer— does not renounce the optimistic and relaxed tone of the productions of the house. What is normal in LGTBQ stories is usually a component of darkness and melancholy, if not directly of tragedy (the topic of killing homosexual characters in television fiction it is more than proven). Which seems to ask for something as traumatic as coming out of the closet. The first criticisms of the series, released in 2020 in the United States, were there: it was a typical teenage comedy, and that worked in its favor, but it had plenty of kindness and it lacked the perversion historically associated with culture queer.

The same has also been said of Poison and of It’s a Sin, the other two major LGTBQ series of the last year, and two of the genre’s biggest public hits, straight or not, possibly thanks to that calculated accessibility. “Isaac and I are fans of darker series, that go, and I open quotes, further. We love Euphoria. But it is not what we wanted to do here. We wanted to make a series that would give hope, that would make you feel good about the future and the future of your own life. Make you feel good about who you are. That you could talk about yourself through her with your family or your siblings “, warns Bergen.

Aptaker Alert: “We never said: ‘We need to address a general public.’ We are telling the story of a 15-year-old boy who is very, very at the beginning of an identity journey, and in the pilot he does not know if he likes girls or not boys, or both. He is investigating it, and in that sense it did not seem honest to us that the story was going for sexual reasons. Or, to put it one way, explicitly gay. He’s repressed, he has to come out of the closet in a small town in Texas and he doesn’t have a gay reference to make him think: ‘This is what my life will be like. We had to start calmly ”.

Aptaker and Berger, directors also of This is Us, They are white telling a Latino story. “For this reason, we formed a team of Latino scriptwriters full of LGBTQ and Latino voices, with lives, families and childhoods that could be projected directly into Victor’s”, defends Aptaker. “People compare that group writing to doing group therapy: I don’t entirely agree. At the end of the day, our goal is to build a series and tell a story, it is not a free process. But it is therapeutic. People open up, talk about difficult parts of their life or their adolescence. It is vulnerable ”.