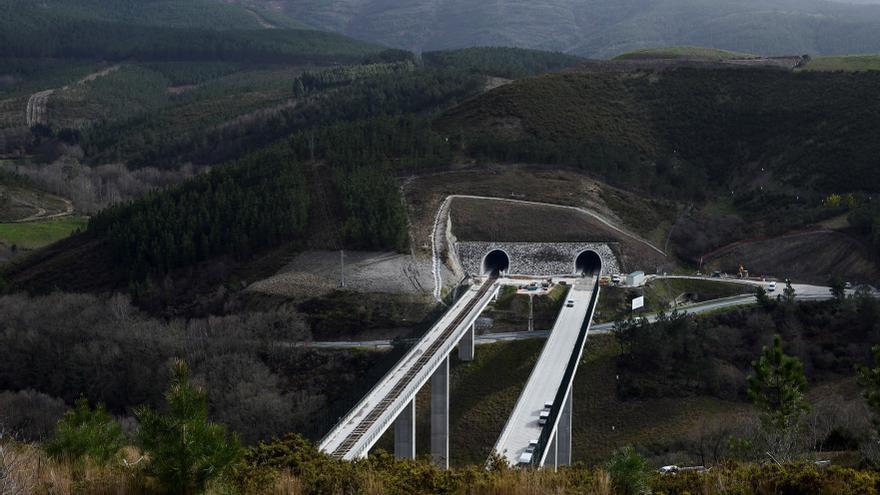 The AVE Madrid-Galicia starts its tour next week -although limited only to Ourense- after years of delay, culminating the works of a road that in Galician territory will be “high performance“, although the former Galician president Manuel Fraga considered it” synonymous “with high speed.

In April 2000 Fraga promised to put trains to travel from the main Galician cities to Madrid in a maximum of four and a half hours, and from 2007, a term that has been lengthening for more than a decade.

The president of the Renfe operator at that time, Miguel Corsini, already warned that the route to be built was not “high speed” properly speaking, but “high performance”, to which Fraga was quick to affirm that this was a ” synonymous”.

Since then, the narrative of some politicians has followed this path of equating the AVE, which will only arrive in Ourense for technical and budgetary reasons, with other trains such as the Alvia, Avant or future Avril, which will circulate between Madrid and the other Galician cities but at a lower speed.

Before being president of the Xunta, the economist Emilio Pérez Touriño observed in June 2000 the double need to specify track width of the new route of the Galician railway and clarify why “first they call it high speed and then high performance”. Touriño believed that “any train that passes three hours” on the route to Galicia “takes us away from achieving an alternative passenger transport to the plane” and questioned whether the Madrid-Vigo route would take four hours, when the Madrid-Seville AVE, of a similar distance, it was in “only two and a quarter hours.”

Shortly after, in January 2001, the then Minister of Public Works, Francisco Álvarez Cascos, assured that the Galician high-speed rail network would have “average speeds similar to or higher than the Andalusian AVE, and that the Madrid-Santiago de Compostela route” will be made with the same average speed as Madrid-Seville “.

The initial layout projected in 2003 envisaged building the line between Zamora and Santiago de Compostela with an international gauge (1.43 meters), but subsequent modifications led to the establishment of the Iberian gauge (1.67 meters) from Ourense provisional, which prevents the AVE from reaching the rest of Galicia.

The Minister of Territorial Policy of the Galician Government in 2005 and current president of the Xunta, Alberto Núñez Feijóo, initially asked “what does high performance roads mean, if this is a high-speed train, as planned, or it is a reduction in the benefits of the connection times of the AVE “Madrid-Galicia.”

A few days later, the Minister of Public Works at that time, Magdalena Álvarez, assured that “when we talk about high benefits, we are talking about high speed“and he said that this term may include some additional characteristics such as the signaling system or the width of the road that, in the case of Galicia” is going to be European, “he said.

Feijóo a month later stressed that the term “high benefits” used by the Ministry of Development does not have “legal endorsement” and expressed his “serious doubts” that the trains could run for the new lines at 300 kilometers per hour and achieve “times less than three hours” between the Galician cities and Madrid.

Also Read  Vaclik, in quarters and without equipment | Soccer Eurocup 2021

When he achieved leadership in the PPdeG, Feijóo, in February 2008, even promised to build a high-speed network with Galicia “for real” and not the “high-performance” network announced among Galician cities.

In line with this, the then Minister of Development José Blanco decided shortly after to change the route to Ourense to increase the speed of an average of 200 kilometers per hour to reach 300 km / h and make other modifications that have allowed the AVE to finally reach that city, not the rest of Galicia.

Building an international gauge route could have cost a few hundred million more to the public purse, but above all to extend even more a route that arrives a decade and a half late to the initial project.

The project now concluded leaves, however two big questions, the first on the compatibility of the Galician network with the future project of a high-speed train between Galicia and the north of Portugal, since in the plans of the governments of Lisbon and Madrid the intention of applying a gauge of via European or international.

The second is on the future viability of the three Galician airports, based on the experience of other areas in which air traffic has fallen enormously on routes of less than half a thousand kilometers, a fact further aggravated in Galicia by competition and strong attraction exerted by the Porto.

King Felipe VI and the President of the Government, Pedro Sánchez, will travel to Galicia this Monday, the 20th, to inaugurate the Madrid-Ourense route, which will begin operating the following day, Tuesday the 21st.

With the commissioning of the line, the connection in which the State has invested is completed more than 9,000 million euros in the last sixteen years, according to data from the Ministry of Transport.