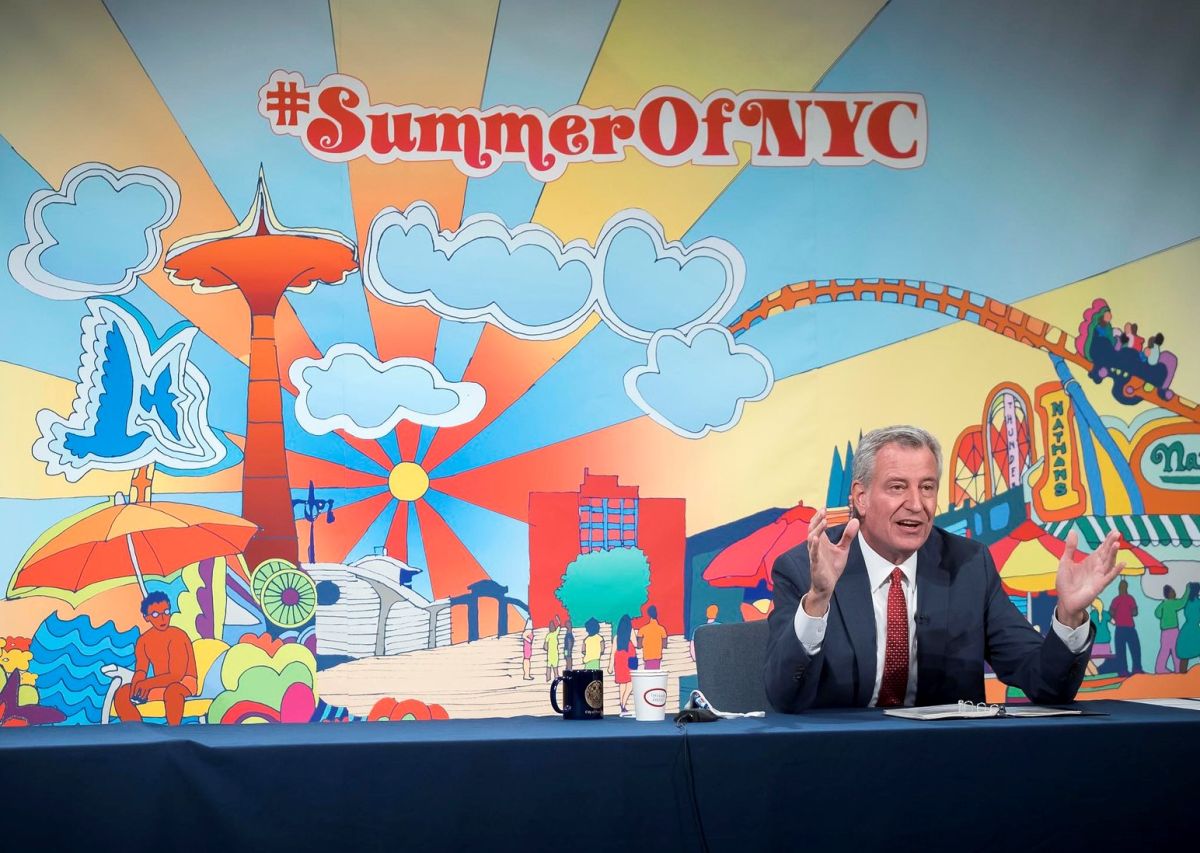 The New York City, which during the worst of the COVID-19 pandemic in the spring of last year became the ‘epicenter of the epicenter’ by registering the highest numbers of infections and deaths in the entire country, returned to break a new record this Thursday by posting the lowest positivity rate since the health crisis began, with only 0.81%.

That record was achieved, as announced with great enthusiasm by Mayor Bill de Blasio, as more and more New Yorkers are getting vaccinated. “Now more than half of the city’s population has received at least one dose. And these numbers are very powerful, because they are an evidence of how vaccination works, because we are now reaching a new record with the lowest levels of Covid since the beginning of the pandemic ”.

De Blasio emphatically insisted that this has been achieved “because people are getting vaccinated, and the progress we have made thanks to that is impressive.”

And the fact is that the figures presented by the municipal president speak for themselves: since January of this year to date, new cases of coronavirus have dropped by 95%; in the same period, the positivity rate has decreased by 91%; while hospitalizations have been reduced by 69%.

“These figures are impressive and will only continue like this, if New Yorkers continue to make the serious decision to get vaccinated … this is how it works,” insisted De Blasio, adding that the City is committed to “continue to redouble efforts to encourage more and more people are getting immunized, with more and better prizes ”.

Until this Thursday they had already placed 8,373,820 vaccine doses in the five boroughs, and the goal is to achieve that by next month at least 5 million New Yorkers are already ‘fully’ vaccinated.

This was announced on Thursday by Governor Andrew Cuomo who also reported that, for the first time since October 21, hospitalizations fell below 1,000 patients, after in the past 24 hours the report of internees was 970. As for the deceased, only 10 deaths were reported across the state.

“The Statewide COVID Rates Have Never Been Lower and hospitalizations are below 1,000 for the first time in 8 months, all while businesses are reopening and people are getting together again, “said Cuomo adding that our state” is back, and that’s a testament to New Yorkers who are have remained strong and smart over the last year, but most of all, it is a testament to the more than 19 million vaccines that we have delivered. Vaccines are safe, free and effective, and the sooner we vaccinate each and every eligible New Yorker, the sooner we can end this pandemic once and for all. “

In addition, the Governor announced that as of next Friday, June 11, the Citi Field expand total capacity sections for vaccinated people to 90% of the stadium for New York Mets home games. In total, this would allow more than 32,000 fans to attend the games.