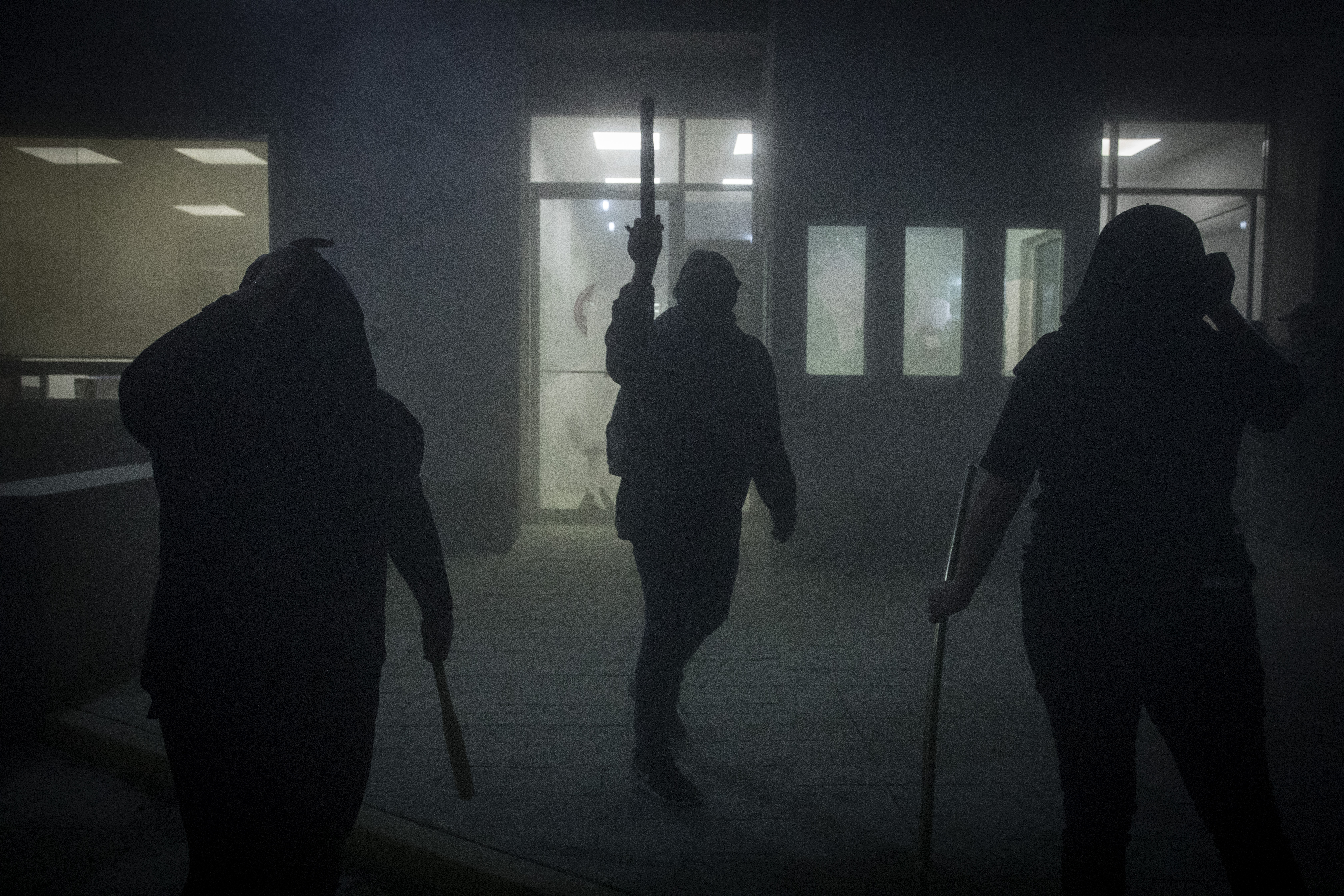 During 2020, in the face of unstoppable gender violence and growing femicides, various feminist groups held demonstrations, mostly peaceful, to demand concrete and effective actions from the Mexican State that guarantee women access to a life free of violence. Various police corporations responded to the protesters by exercising physical, sexual and verbal violence. The latter based on gender stereotypes that assign specific social roles to women. Hence, they were insulted for demonstrating, painting slogans or intervening on monuments, instead of “staying at home and not looking for trouble.”

In some cases, the detained women were transported by unidentified persons in vehicles without logos, in which they traveled unnecessarily through isolated areas, which generated in them a well-founded fear of being victims of enforced disappearance. In this way, the police corporations violated the right of women to freedom of peaceful assembly. At Amnesty International we produced the report The era of women. Stigma and violence against women who protest, which includes documentation of feminist protests in the States of Guanajuato, Sinaloa, Quintana Roo, the State of Mexico and Mexico City.

Following up on the report, in April 2021, we launched the digital campaign #GritoMonumento, with the aim of recognizing the legitimacy of the causes of the protests, which have to do with the State guaranteeing women’s access to a life free from violence. This is a fundamental issue due to the way in which the authorities stigmatized women’s demonstrations, thereby creating a hostile environment for their right to assembly and delegitimizing their activism.

The global campaign denounces the repression of the police forces and calls for it not to be installed as a common practice by the authorities and not to be normalized by public opinion.

From Amnesty International we invite people to enter the page of #GritoMonumento so that they know and sign the petition addressed to the governments of the states and municipalities, which requires, among other things, respect for freedom of expression and peaceful assembly of women, a life free of violence and living without torture or sexual violence.

By signing the petition, people will receive an electronic book in their mail with the compilation of cases that we have reported. The website includes the campaign manifesto, downloadable posters, and the winning posters of the Draw Your Scream contest, in which the women expressed their feelings of anger and powerlessness over the incessant increase in femicides and violence against women in Mexico. In the profile of Amnesty International Instagram You can have a filter for mobilization and digital protest, which can be used with the hashtag #GritoMonumento.

Why do women protest?

By stigmatizing women’s demonstrations, the authorities create a hostile environment for women’s right to assembly, delegitimize their activism and make the reasons for the protests invisible, which have to do with the legitimate claim to prevent and eradicate gender-based violence in Mexico. In this regard, the data from the Executive Secretariat of the National Public Security System (SESNSP) are eloquent. In 2019, calls to 911 to report incidents of violence against women totaled 197,693; in 2020 they were 260,067, and between January and June 2021, 139,554 were received.

Behind the numbers there are names and surnames, thousands of broken families, orphaned children, and immense pain for the loss of a loved one and the impunity that prevents the families of the victims from accessing the truth and justice. , to repair the damage and to guarantees of non-repetition. From that pain arises the claim of the women who protest. The Mexican State cannot continue to deny the dimension of gender violence.

From Amnesty International we invite people to join the #GritoMonumento campaign to accompany the legitimate demand of women to live a life free of violence, and to be the voice of solidarity with the thousands of women who are no longer there and whose families continue to demand Justice.