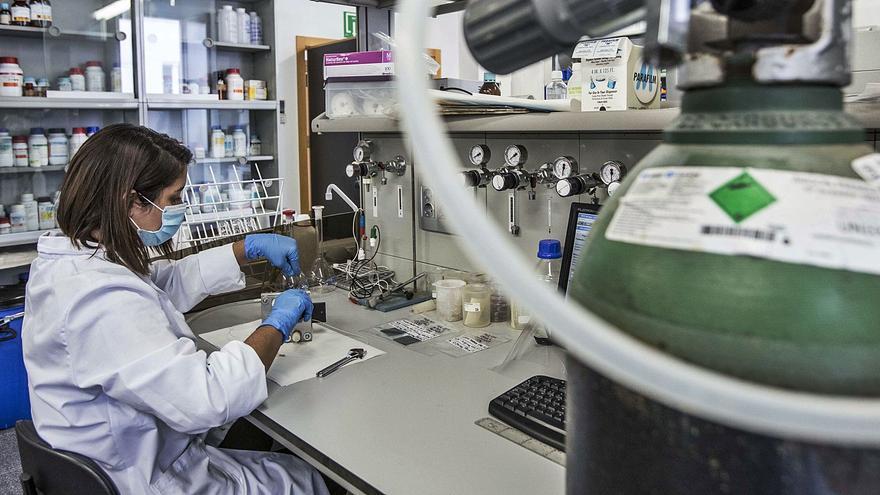 Data provided by the University of Alicante indicate that among its 256 research groups, only 93 are led by women. And of the 197 research projects underway at the national or regional level or even financed with their own resources, 35% are led by women, 70 projects.

The figures are somewhat more optimistic in the calls for university excellence, where female participation improves four points although it is still lower than male. Among the 44 contracts selected by the UA in programs such as Ramón y Cajal, Beatriz Galindo, GenT or Juan de la Cierva, 17 correspond to women, 39%, but the presence of female scientists drops again to 29% in projects international, since of the 84 existing only 24 have a woman in charge.

The rector, Amparo Navarro, -who directed the vice-rector for Research in the previous term- declares her «enormous concern for conciliation. We have to influence education from an early age, so that women are encouraged to advance in their professional careers without obstacles or regrets, which are nothing more than the vestige of an education based on obsolete parameters, “he emphasizes.

It underlines the “crucial moment of research” as evidenced by the pandemic, and in this sense points out that “science cannot do without the role of women.” At the UA “we are turning more than ever to make visible the role that women have both in science and in society in general,” he says, and on the occasion of March 8 they have turned March into the month of women with numerous activities, mainly online.

Scientists from the UA, including the rector herself, coincide in blaming this deficit of researchers compared to the male volume, in the lack of referents “It is not that there are not, but they are insufficient, we must show them so that new generations of women have the mirror in which to look at themselves and decide their professional future, without gender bias,” Navarro insists.

The professor and researcher of Computer Engineering at the Polytechnic School, Paloma Moreda, adds UNESCO references so that this work is carried out from an early age, in Primary courses, because “practice, regardless of sex, improves performance “, Explain. In the choice of studies, the masculinized structure continues to weigh in at the Polytechnic Schools, where a third are girls, as happens at the research level. And where the difference skyrockets is in the degree in which Moreda received his doctorate, Computer Engineering, in which only 21 new students have enrolled in the last year computed by the UA, 2019-20, compared to 197 boys. In general, there are 790 men and 85 women, just 9%.

The data hurts at all levels. The latest OECD report highlights that the average employment rate for these careers is seven points higher than for those in education, where the presence of women is the majority, as also noted by Yolanda Segovia, Equality delegate at the Faculty of Sciences.

They perceive a change in trend, but slowly. “It is not advancing at the rate we would like, there is a lot of work ahead, but this institution – for the UA – has been able to read that change. To change the trend, we must emphasize the female referents and recover them in the texts, “he concludes.