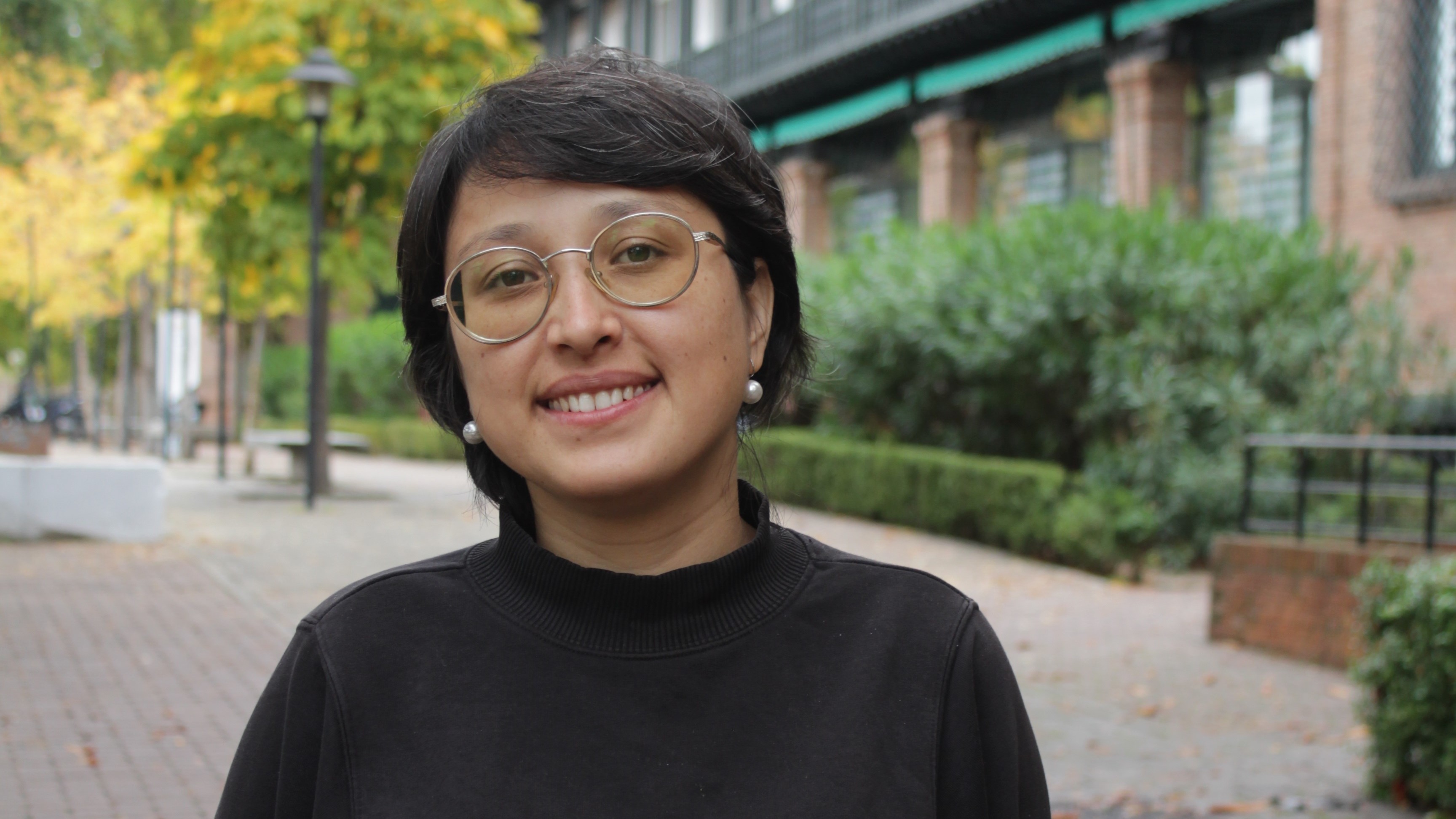 Just a year ago, the covid-19 intervened between Shahrbanoo Sadat (Tehran, 1990) and the trip that would have brought her to Madrid to collect the award for Best Film in the third edition of the Film Festival for Women, by The Orphanage; the story of a homeless Afghan teenager, who survives by dealing with the resale of tickets to a neighborhood cinema where, almost as a rule, colorful Bollywood productions are screened.

Then, the filmmaker excused her absence with an affectionate video recorded on the terrace of the brand-new apartment in the center of Kabul, which last August she had to hastily abandon, called for life, her beloved job. Sadat, with a subtle white veil on his head, was looking at the camera against the dull background of a grayish sky, half the fault of the clouds, half the noise pollution of hellish traffic. “Believe it or not,” he said, “this is take number 100 and I don’t understand why it is being so difficult for me to record this two-minute video,” said Shahrbanoo Sadat happily, who after thanking him said goodbye with a, ” maybe next time. Thank you very much, I love you ”.

On October 27, Sadat greeted since the opening of the aforementioned Festival – which ended on November 7 – as a member of the jury, which finally chose as the best foreign film One World, (Playground), by Belgian director Laura Wandel, and Once Upon a Place, by Cèlia Novis as the best Spanish film. Can we thank the war for allowing Sadat to travel to Madrid?

At least one of your dreams has come true. “I perfectly remember that video and what I said from the terrace because that apartment had just opened. I formulated the desire to travel to Madrid. What I did not expect is that he would do it under these circumstances. My departure from Kabul has not been an epic moment at all. I barely had time to think about it. I closed the door, put the key in my pocket, and headed to the airport with some of my own. Relieved to be away from the terrible situation caused by the arrival of the Taliban government, but distressed by the relatives who have not yet been able to get out of there ”.

Before leaving for Germany, Shahrbanoo Sadat attends the interview at the Madrid Student Residence, a place whose inevitable references were familiar to her. Carlota Álvarez-Basso, co-director with Diego Más, of the Festival de Cine por Mujeres, tells us that Sadat knew perfectly who Lorca or Buñuel were. Even so, she did not give up to continue investigating the history of the place, fascinated by the words she reads on a plaque. Europe starts here! It is in the gallery that precedes the Main Pavilion. “I knew right away that I was not going to live in a hotel. The place is special, with an undeniable academic atmosphere ”. The forecasts are for a rainy Madrid, however, that morning the humidity is only sensed in the color of the sky, both cloudy and bright. Other directors also stay there. The exchange is served. Movie breakfasts and a lot of history.

―What have you been doing in Madrid these days, apart from watching movies?

“Wandering a lot.” Visiting gardens and parks is my favorite hobby, and always walking. I know that Madrid has wonderful museums, but I have preferred to discover botanical gardens, so beautiful in autumn. My father was a farmer and my relationship with nature is very close. The rain? I currently live in Hamburg where much more water falls than in Madrid.

The first time Sadat took a seat in a movie theater he was in Paris and he was 20 years old. It was projected Heaven daysby Terrence Malick. The last titles that he has seen belong to the program of the Festival de Cine por Mujeres and he enjoyed with Another’s place, by the French Aurélia Georges, and Clara Sola, by the Costa Rican Nathalie Álvarez Mesén, from whose projection she came out with her hands on her heart, fascinated by the interpretations of a cast of non-professional actors and actresses.

―Her name is already a reference not only for Afghan cinema, but also for female Afghan cinema. Too much responsibility?

“It’s something unexpected for me.” I consider myself a film woman, but I am a director who has her own world. I am aware that my representation is due in part to the fact that I have access to festivals and I speak with the press. I’m not going to hide the fact that I sometimes feel a little dizzy in my role as speaker. (Laughs)

Despite 40 years of conflict, Afghanistan is much more. People even view war as an everyday thing for a matter of survival. But life there also has its comic side

“How does someone who lives with such a heavy backpack face the future despite his youth?”

-The future? At this moment the present is so tremendous that I prefer to dedicate myself to it. My family lived four decades in Iran, where I was born. When my parents decided to return, I was 11 years old. I could not understand why they took me out of the place where I was growing up to another where I had no reference whatsoever. But now I understand my parents perfectly. If I think about the future, the first thing I think about is going home. To Kabul.

Meanwhile he continues to work on his next film which (surprise!) Will be a romantic comedy. He has been preparing the script for two years and, curiously, he has already designed the final scene: a kiss. “I’m going to shoot the first kiss in the history of Afghan cinema.”

―I imagine that the popular culture of your country goes beyond what the stories of the war tell.

-Of course. Despite 40 years of conflict, Afghanistan is much more. People even view war as an everyday thing for a matter of survival. But life there also has its comic side, and these two faces of reality coexist because one cannot exist without the other.

Account Sharbanoo Sadat, whose name translates as the best lady in town (the best girl in town) that that kiss will be the final scene of the film, intentionally stereotyped and similar to the closing of romantic comedies where a pink heart envelops the moment giving way to the credits. And who will be the protagonist of that gesture of love? Her boyfriend. Anwar Hashimi, who although he is not an actor, has written 800 pages about his life. Some unpublished diaries that Sadat wants to turn into five films. The first two –Woolf and Step and The Orphanat– are also based on those memories.

“We worked on the same television channel. I was a producer on a cooking show. He, in the news services, something that fascinated me because the news seemed to us the most important section. Now, the challenge is to find the actress who wants to close the couple for the kiss. My producer proposed to do it to me, but I did not accept. So I keep looking for a girl for my boyfriend and I won’t stop until I find her. (Laughs)

―To go back to physics, I still have time … My family is very religious and science attracted me as an alternative to all that they solved by resorting to faith. I am the youngest of my siblings and I always had that pulse with my father. I was 16 when I came to Kabul with the intention of enrolling in Physics and it was late for the entrance exam, so I enrolled in Art to prevent my father from forcing me to return home.

Sharbanoo Sadat speaks English, French, the Afghan and Persian dialects, Pashtun and Dari, understands a little Russian and Arabic, and will soon begin his daily German classes. Obligation that will require you to travel less frequently. Since he arrived in Europe he has visited Rome, Switzerland, France and Spain. “I have not yet managed to settle my soul in Hamburg. Many trips and although they are all for work, I continue to discover gardens wherever I go… I am also interested in architecture and set design. I am studying how to recreate Afghanistan in Spain, where I would be very happy to be able to shoot. We already know that almost everything is a question of money. My films are made in Kazakhstan, so… Let’s take the money and recreate Afghanistan! “

As the winner of the previous edition of the Women’s Film Festival, she is grateful for the award: three weeks of work in the Místika digital cinema room in Free Your Mind, valued at 30,000 euros, for his next feature film and that first kiss in the history of Afghan cinema.