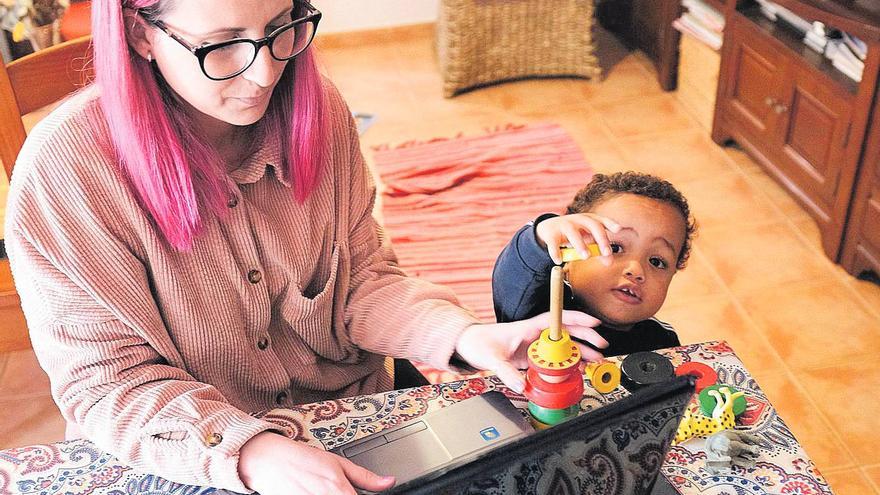 For the psychologists consulted, the emergence of covid-19 has evidenced the preponderant role of women and their resilience and courage in the face of adversity But, in extreme situations, home confinement has also become hell for victims of physical or psychological abuse.

Since the pandemic began, María Gómez Jorge, a psychologist specializing in children and adolescents, has been in daily contact with women, who are the primary caregivers of their patients. «In them I have detected a great capacity to adapt to the adversity and uncertainty of the moment. Always transmitting to the people around him that nothing is happening, that they will succeed despite difficulties, and always showing great strength to ensure the well-being of their environment.

For María Gómez during this troubled period women are prioritizing the emotional well-being of their children, partner, family and friends. «They watch over them first before over them, thus demonstrating a great capacity for empathy and a collaborative spirit with those who experience difficulties. In fact, they have not allowed themselves to be discouraged and, in the harshest months of the health crisis, they have been fighters, creative and aware that the evolution of their children depended on them ”.

For the specialist, the last year has meant for the female collective a “Brutal exhaustion” with psychological repercussions, emotional and behavioral issues that can lead to inappropriate behavior. They are the consequences of going out of their way for others giving up their time and personal space.

“We are one hundred percent emotional and we give everything for our family and friends,” underlines María Gómez. But precisely that ability to give everything renounced to oneself, together with the effects of the pandemic, has meant a social setback for many women. Many have been doomed to job loss and this has led to a restructuring of family functioning. “In some cases there has been a return to schemes from the 50s where the man worked outside the home and the woman took care of the housework. This reduces self-esteem and losing that personal, labor and economic independence has been a setback that, together with stress and confinement, has led to an increase in anxiety and depression, ”explains Providencia Alchapar Sánchez, also a psychologist.

A favorable context for abuse by loss of power for women and the inability to receive help from a paralyzed Administration. In the same way, women who have had to telework at home, taking charge of the home, the family and the education of their young children at the same time, have gone through episodes of great stress due to the inability to get to everything. “All this has left an emotional mark with reactions such as loss of sleep, which is a clear symptom of an anxious process, or agoraphobia, which is the panic to go outside,” explains the expert.

In the opinion of the psychologist Cristina Martínez Berenguer, mothers have been the most affected in the last year. “It is true that today’s women have a greater distribution of the domestic workload, but it is still the one who bears the mental burden of organizing the functioning of the home. And that mental load has become more acute during the pandemic, ”says Cristina. In addition, she was caught in the state of alarm, finding herself six months pregnant and alone at home for many hours because her husband performs an essential profession. A confinement that, according to highlights, has been especially traumatic for victims of gender violence because they have had to live with their abusers.