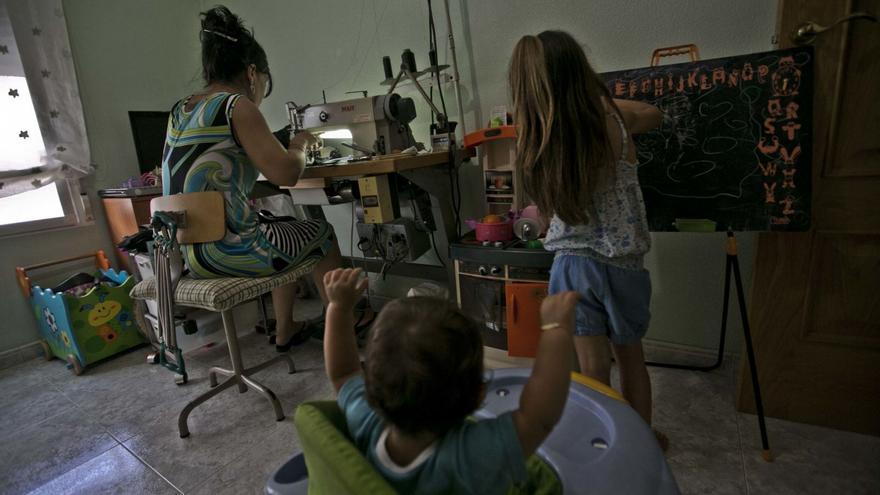 The restrictions derived from the pandemic or the need to prioritize the preparation of reports for the verification of Employment Regulation Files made the task of the Labor Inspectorate enormously difficult during 2020 and considerably reduced both its number of actions and the infractions detected. Even so, the last report of this organization once again shows the high degree of non-compliance with labor regulations that is registered in the province and the deep-rootedness that even in the midst of the crisis the phenomenon of the submerged economy has.

In this way, in total, the Labor Inspectorate carried out 26,744 actions in Alicante during the aforementioned financial year, which resulted in the processing of 2,994 infringement files, in both cases with a drop of around 16% over the previous financial year, the last before the appearance of covid. As a result of these interventions, sanctions amounting to 13.7 million euros (-23%) were imposed, an amount to which must be added the 27.6 million euros of the liquidation files processed by Social Security as a result of irregularities detected (-20%), with which the fight against fraud reported a total of 41.3 million euros to the public coffers. Only in Madrid, Barcelona and Valencia -all of them with volumes of workers much higher than those of Alicante- higher amounts were recorded.

Among the different actions that were carried out, those specifically aimed at combating the irregular economy stand out, which resulted in the detection of nearly a thousand infractions and which led to the registration in Social Security of 2,006 workers who were without a contract. Compared to 2019, it represents a decrease of around 75%, but it is still striking if the circumstances and the drop in activity that occurred in the year are taken into account, with thousands of workers included in the ERTE.

Along the same lines, the Labor Inspectorate continued with its specific campaigns to prevent the abuse of temporary hiring or, directly, the fraud carried out by those companies that hire their employees only for part-time, although in practice the eight hours of a full day.

In the first case, the inspectors promoted the transformation into indefinite contracts of 2,176 temporary contracts that were in fraud of law, of which 1,198 corresponded to male workers, and 978 to women. In the case of false part-time shifts, the contribution time of 441 employees, who worked longer than declared, was increased.

Regarding the actions to detect the improper collection of benefits, the inspections allowed to discover 168 situations of fraud and proceeded to cancel these payments.

Finally, the Labor Administration investigated 256 work accidents in 2020 -including 29 that were fatal- and that led to the opening of 137 infringement files that added joint fines of 1.3 million euros.

For the general secretary of the UGT in l’Alacantí and the Navy, Yaissel Sánchez, the high number of infractions and irregularities that were detected in 2020, despite the drop in activity caused by the pandemic, reveals “the weight that the submerged economy in the province”, which hopes that the labor reform agreed between the Government, unions and employers -and which is now being processed by Congress- will contribute to curbing. In his opinion, one of the keys that can lead to the necessary change in mentality lies in the decision to modify the regulations so that, when an infraction is detected, a single fine is not imposed on the responsible company, but rather a sanction is made for each one of the affected workers. A measure with which you want to avoid paying more money to risk paying the penalty than regularizing employees

For his part, the general secretary of the CC OO in l’Alacantí and the Marines, Francisco García, denounced the lack of resources available to the Labor Inspectorate in Alicante, which, according to what he stated, has a much lower volume of personnel than the which would correspond to him depending on the activity and the number of workers in the province, for which he appealed to the Generalitat and the central government, which are co-responsible for this service. In his opinion, this lack of resources is another of the reasons that favors the continued existence of a considerable volume of the underground economy in the area. In addition, he asked to focus more efforts on combating illegal work centers as opposed to other actions.