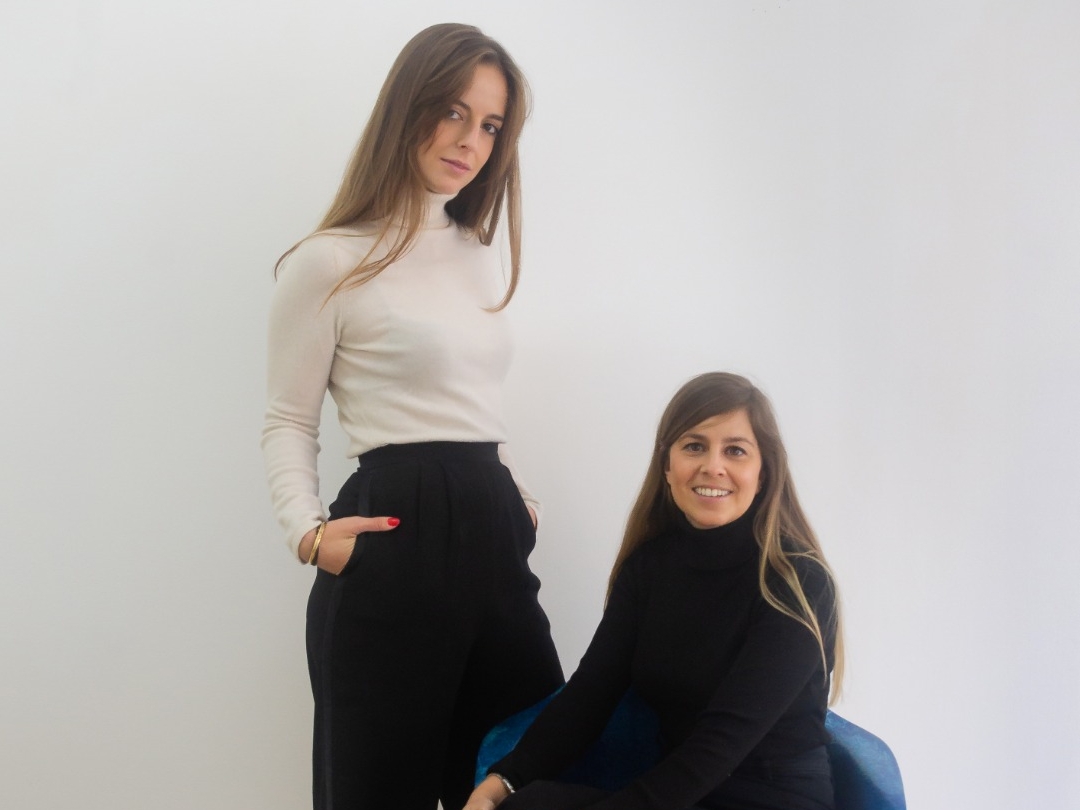 When the pandemic arrived and they were forced to lock themselves in their respective apartments in Manhattan and Brooklyn, Blanca Pascual and Clara Andrade took the opportunity to create The Pear Projects, a platform to collect quality art at affordable prices through WhatsApp. They chose the name of a common fruit to go against the feeling of not belonging that people feel when they go to a gallery. “An unconventional name that was not intimidating,” highlights Pascual.

A mutual friend introduced them a year ago in EXPO Chicago, the 40-year international contemporary art fair on Lake Michigan’s Navy Pier. Despite living in New York for several years, being Spanish and both working in the art world – Pascual is a consultant and intermediary in modern art transactions and Andrade is the gallery’s director. Pablo’s Birthday and in charge of the VIP Department of the fair arte Untitled, with a presence in Miami and San Francisco – their paths had not yet crossed. After a couple of conversations they realized that they shared many things and a concern: the growing disinterest of young people in art due to the exorbitant prices and a world that seems distant and elitist.

Pascual and Andrade saw how many quality artists remain at the gates of galleries without professional representation. “The most visible is only 1% of the market. The rest are made up of emerging artists or artists with established careers who for different reasons are unable to enter the gallery circuit ”, Andrade explains. They have endeavored to give them visibility and seek their audience through an innovative medium.

La Pera Projects works as a circle of collectors, it is free and to join, you just have to save the phone number and send the word of registration PERA (or PEAR to receive the content in English). Once registered, the user receives every two weeks on his mobile the profile of a new artist, an explanation of his career and five of his works for sale.

“It is a different alternative to galleries, we do not intend to compete. We want it to be a tool to encourage collecting through an innovative channel ”, says Andrade. The prices of the pieces do not exceed 600 dollars (510 euros). Since its launch last June, this circle of collectors already has more than 1,000 members from more than 25 different countries.

Sales already exceed 85% of the outstanding works. They blame their success on the fact that confinement has made people realize that they want to turn their houses into cozy spaces. And because his followers understand that it is important to support artists at this difficult time.

The catalog includes pieces that vary in technique and theme. From the expressionist abstraction of Leticia Sampedro, a Bilbao native who has lived in New York for more than a decade, to the monochrome hyperrealism of the Icelandic Karen Pálsdóttir. The watercolor oils of the British Ben Walker, the fluidity of the Argentine canvases Paz Bardi or the photographic series of the Colombian Laura Jimenez Galvis, based on sculptures from the New York Metropolitan, complete the list of featured artists to date.

Andrade and Pascual point out that they not only seek to promote emerging creators, but also organize special collaborations with established artists, such as those already carried out with the Zaragoza artist Fernando Martin Godoy, settled in London, the Galician Jorge Barbi or the Puerto Rican Hector Wood.

The founders of La Pera Projects seek out artists through their professional circuits and among the students of the most prestigious art schools in the world. Also, sometimes, on Instagram. “All of them dedicate themselves to art in a professional way,” says Andrade.

Although the standard format has been to present the creators individually, they have just made two exhibitions in duet via mobile and a group show is scheduled for this year. In addition, they collaborate with external curators and art professionals, such as the gallery owner Maria Grace of Peter, the Puerto Rican Izam Zawhara | or the Spanish art consultant Pepe Baena. “With this, we seek to emphasize collaboration models that have the ultimate objective of bringing contemporary art closer to the general public.” Just like a traditional gallery, but all over the phone.