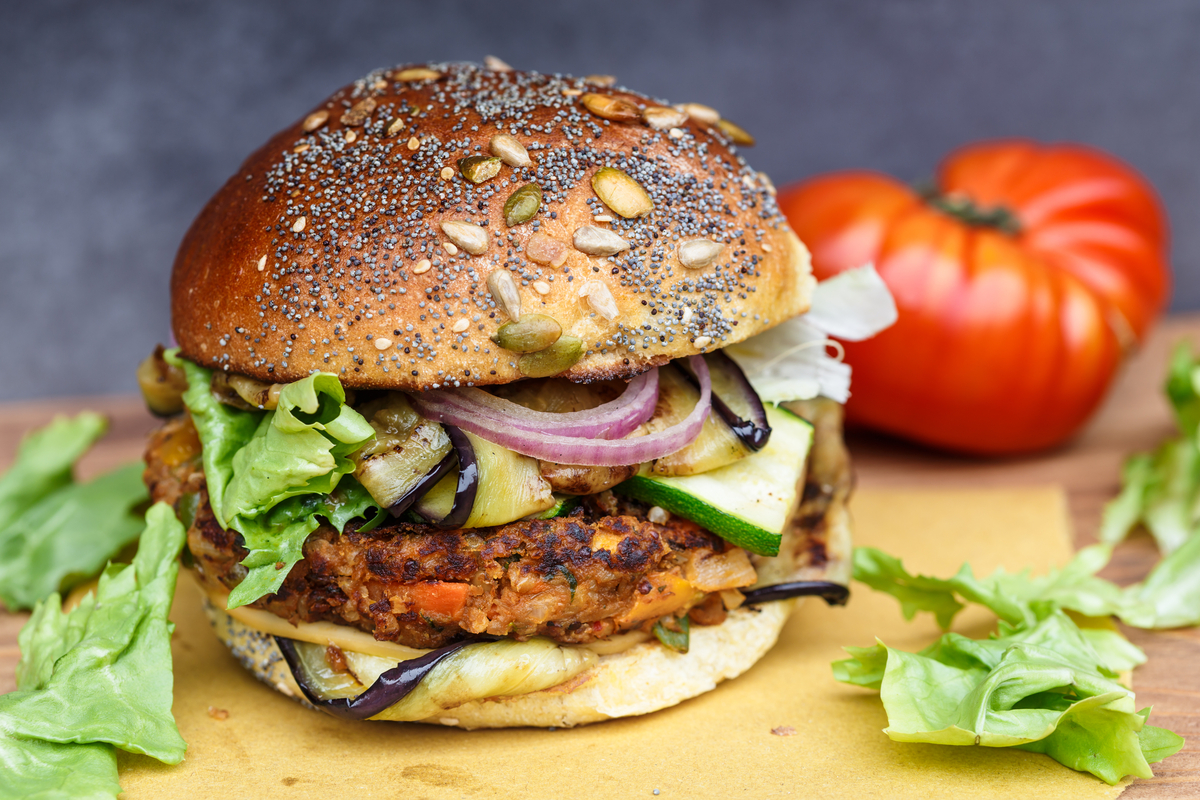 It is no secret to say that the current trend in nutrition and health invites us to follow a vegetarian eating style. Not only is it a great measure to prevent a long list of chronic diseases, it is the best strategy to take care of the environment. Based on this, it is nothing new to say that every day more people have opted to follow a vegetarian diet. Although, for years plant eaters had very few options and were limited to consuming salads very without joke and of course without dairy; Nowadays things have changed and the most recognized fast food restaurants in the United States increasingly offer more friendly options with a plant-based diet. A recent report entitled “Moving the Menu” that was prepared by World Animal Protection and that aims to encourage people to eat less meat with its mission of “Improve the lives of animals.” It stated that only seven networks were designated as “Menu Movers,” the highest ranking on the report card: Burger King, Chipotle, Starbucks, KFC, Panera Bread, Pizza Hut y Taco Bell. While 39 of the top fifty fast food restaurants in the country received the lowest ranking as “Dining Dawdlers”, including McDonald’s, Subway, and Chick-fil-A.

These initiatives have emerged for some years, amid growing commitments by companies to diversify the supply of proteins and reduce greenhouse gas emissions created by animal husbandry.

While some iconic establishments have moved forward, such as Starbucks, which introduced its Impossible Breakfast Sandwich in 2020, and Pizza Hut, who are in the process of making a plant-based pepperoni dressing. There are “Dining Dawdlers” such as McDonald’s, Subway and Chick-fil-A, which will be published in a first report that will be released under the framework of World Vegan Day for World Animal Protection.

According to statements by Cameron Harsh, program manager for the nonprofit animal welfare organization, he described the 24-page report as a guide to help “Individual consumers to align with restaurants that share their values”, but stressed that “much more progress” is needed to reduce the production and consumption of animal protein for the sake of climate and general health.

The category of restaurants that receive the title of ‘Menu Movers’ Not only did they stand out for adding plant-based alternatives to their menus, they have actually spoken publicly about the health and environmental benefits these products offer.

The report entitled “Moving the Menu”, which was first shared with USA TODAY, World Animal Protection ranked the 50 largest fast food chains in the country for their efforts to vary protein offerings, highlight the benefits of plant-based eating in its corporate social responsibility reports, and make public commitments to reduce meat use and increase vegetarian and vegan menu options.

As we mentioned at the beginning, only seven networks were designated as “Menu Movers,” the highest ranking on the report card. World Animal Protection, while not a vegan or vegetarian organization, advocates eating less meat as part of its mission to “change the lives of animals for the better.” One of the The group’s main initiatives is Meating Halfway, a personalized 21-day plan designed to provide individuals and families with accessible tools to reduce meat and increase plant-based foods in their diets.

Chipotle, one of the first trendsetters with sofritas, a menu staple since 2014. According to statements by Stephanie Perdue, the company’s vice president of marketing, to date they remain focused on bringing more vegetables and plant-based products to the table. In fact, the renowned Mexican food chain is now testing meatless chorizo, free of gluten, soy, nuts and grains, at its Denver and Indianapolis locations. Complementary to this, it is no coincidence that the popularity of stir-fries made with grated tofu flavored with chipotle peppers, poblano peppers and a mix of spices, has only reinforced Chipotle’s thinking.

The company hopes to obtain 4.9 million pounds of organic tofu this year from Hodo Soy Beanery in California, up from 4.2 million pounds in 2020. To finalize his remarks, Perdue stated: “We knew that if it’s palatable, you perfectly omit the meat. Plus you still get all those layers of flavors. “

For its part, Taco Bell currently offers more than 15 items on their menu “Veggie Cravings.” He’s also trying additional plant-based options, including his meatless Cravetarian protein made from a seasoned mix of chickpeas and peas. According to Missy Schaaphok, Taco Bell’s director of global nutrition and sustainability: “With more than 7,000 restaurants nationwide and growing consumer sustainability concerns, we see the opportunity and responsibility to generate a positive environmental impact.” .

Meanwhile, Starbucks and Panera have highlighted their respective commitments in recent sustainability reports designated by World Animal Protection. In its 2020 Global Environmental and Social Impact Report, Starbucks said: “To meet our 2030 goals, we establish five key strategies, rooted in science, based on Starbucks mission and values, and informed by evidence and studies. exhaustive market reports. “

Of course it is necessary to talk about the most famous fast food chain: McDonald’s began testing its vegan McPlant burger in eight US locations. However, in four states this month, the icon of American fast food has remained. behind Burger King, its main rival for a long time. The reason? The launch of Impossible Whopper in its 7,000+ locations over two years ago, and the company reported that American guests who chose the meatless burger in 2020 “avoided greenhouse gas emissions equivalent to driving about 520 million miles in an average passenger vehicle. “

For its part, Subway, with 24,000 locations, most of any chain, has yet to offer a plant-based meat option nationwide and It did not publicly commit to expanding its menu or reducing meat consumption. Unlike KFC, which has conducted plant-based chicken trials, Chick-fil-A has not featured a plant-based alternative on its menu, nor has it publicly detailed any such plans or acknowledged the benefits. to reduce animal protein.

The World Animal Protection list of “Dining Dawdlers” also includes Arby’s, Dairy Queen, Domino’s, Dunkin ‘, Panda Express y Wendy’s. To conclude, according to Harsh’s statements: “the message for these lagging chains is to recognize the plant-based movement as an“ important and necessary direction ”for the sustainability of the planet. It is an urgent measure that will also help create a more conscious and healthy society that will serve as an example for future generations.