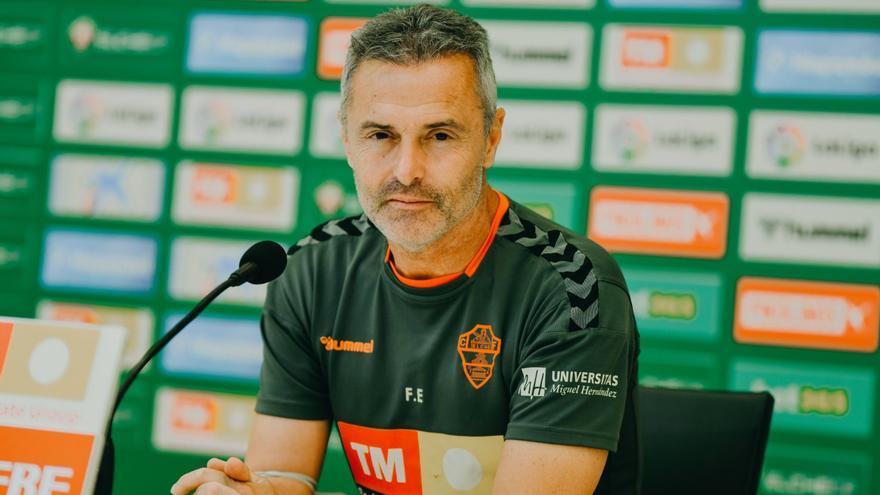 Elche’s coach, Fran Escribá, assured a few minutes ago at a press conference that he will continue at Elche in First or Second. “If Bragarnik counts on me when the time comes I will be delighted to continue at Elche”, he quoted verbatim. Escribá recalled that “I have always said that I will be there for what Elche needs. If it has to be as a partner, then as a partner, as a fan, a coach … What Mr. Bragarnik said yesterday had already been transmitted to me Some time ago, he told me that he was happy with the work and, although the results are not what we expected, he is a football man, who sees you work every day and that beyond the results, he values ​​our work is important to me “.

Escribá also said that “money has never been the problem in my career as a coach and in Elche much less” and that “there will be no problem to reach an agreement in that regard.” The coach also wanted to make it clear that he will continue anyway, whether he gets off or not, but that “Elche is still in First our goal is still possibleAlthough much more difficult, but right now what we believe in is permanence. ”

For it “there is no other to win first against Cádiz and then against Athletic, as well as expect other results. “But” the team is very focused on it and is mentally strong and we know that we must take the field to win. ”

Escribá pointed out that “I am very grateful for Bragarnik’s support and I am in the same line as him and I believe in his project that he has to make Elche a great club. Money has never moved me. In Elche much less.”

About the signing of Lucas Boyé, the Valencian coach was blunt: “It is a success, a young player, with many possibilities to grow. In its future performance it will be seen that it is good and cheap for Elche. It must be a joy to own a footballer of his stature. ”

The technician wants the rope that tightens Elche’s neck to be positive. “If we want to see a single advantage In our current situation it is precisely that we have no options and we only have to win the two remaining games. That should serve to disinhibit us. We all know that we have to go to win and we are going to win. ”

Regarding the situation of the team, Escribá assured that “I have always seen the team mentally strong. I do think that at certain times if we had been a bit lucky then we would not be like this now, but it is what it is, we must assume it and be strong to go to win.

About the presence of public in the field, the coach said that “in any circumstance – whether or not they have options to stay on the last day – we would like to have our fans.”

Finally, Escribá insisted that “I believe a lot in Bragarnik’s project, who wants to make Elche a big club – of course it will grow better if we are in the First Division – and it is logical that in a medium or long-term project we have a new sports city with better facilities not only for the first team. Also for the quarry “.