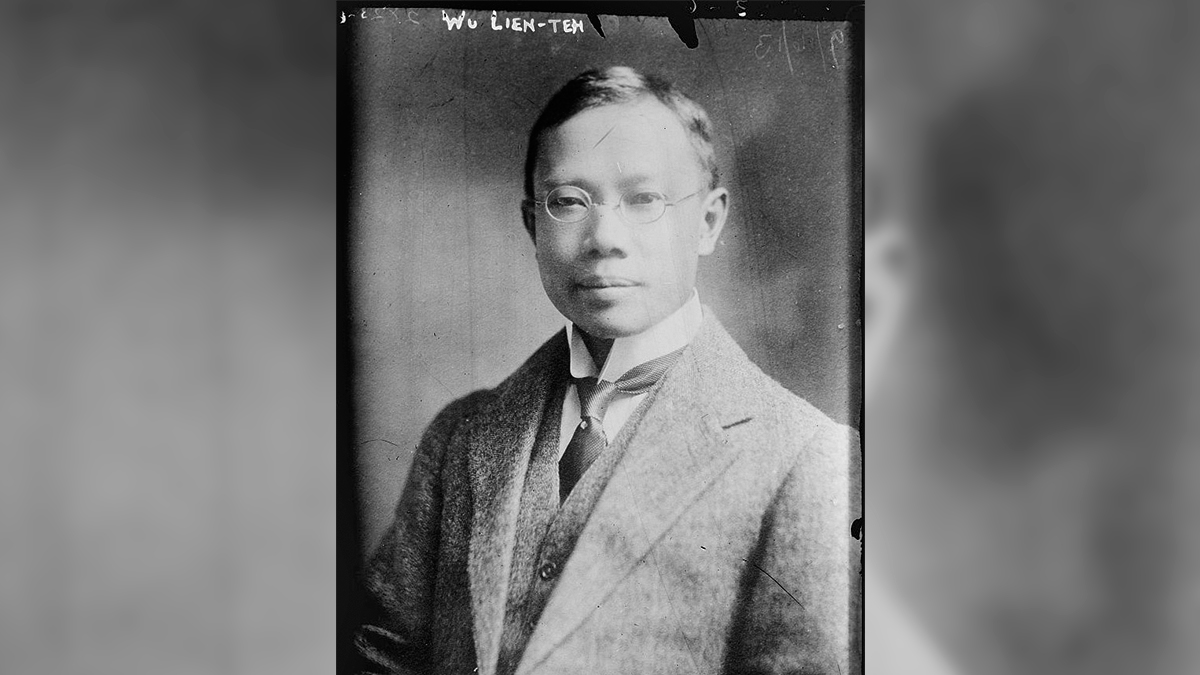 An unknown epidemic swept through northwestern China in 1910. The dead numbered in the hundreds every day and the government decided to leave everything in the hands of a single doctor: Dr. Wu Lien-teh. Authorities trusted him to investigate and identify the disease. And he did: it was the pneumonic plague, highly contagious and spread by respiratory transmission. In just four months, this Malaysian scientist of Chinese origin put an end to it with a battery of measures that are very reminiscent of those used today to avoid the coronavirus: quarantine, restrictions on movement and the manufacture of a special mask with cotton, gauze and various layers of cloth that forced the population to use. It was the birth of the surgical mask, so popular in the world this last year.

Wu Lien-teh was born on this day, March 10, 142 years ago, in 1879, in the Malaysian province of Penang. His childhood is as unknown to most Malaysians as is his entire professional career and medical achievements. Until he came of age, it is hardly known that he was the son of Chinese immigrants from the city of Taishan and that he went to study in Cambridge thanks to a scholarship. From there his career is as meteoric as it is recognized.

He attended primary and secondary school at the Taishan Free School, and at age 17 he received the prestigious Queen’s Scholarship and was admitted to the University of Cambridge in the United Kingdom. He completed his medical studies two years before his 135 peers and became the first student of Chinese descent to obtain a doctorate in Cambridge. Already a doctor, he completed his training in Germany and Paris and, despite the fact that private medicine brought him prestige and money, he never neglected those most in need or abandoned his social involvement. She claimed equal rights and opportunities in the education of women and men and took a position against racial discrimination.

With a new research grant, Dr. Wu would end up with a postgraduate study on malaria at the Liverpool School of Tropical Medicine and another on bacteriology at the Halle Institute of Hygiene in Germany and at the Pasteur Institute in Paris. By putting his knowledge and training at the service of society rather than seeking personal prestige, he not only changed his life but managed to transform the course of medical history in China and the world.

Upon returning to Malaysia, Wu Lien-teh joined the Kuala Lumpur Medical Research Institute for a time, before settling down with his private clinic in Penang. However, his life changed definitively in 1907, when he was offered the post of deputy director of the Imperial Army Medical College in Tientsin by the great adviser to the Government of the Ching dynasty.

In the autumn of 1910, the deadly epidemic of the plague broke out in north-eastern China, which had wiped out a quarter of Europe’s population in the 14th century. The first death took place in the border town of Manzhouli, near Russia, and the disease quickly spread to Harbin, the new international municipality that emerged from the development of railways in the Chinese region. In four months it spread through five provinces and six cities, killing more than 60,000 people.

The epidemic turned into an international health crisis when Harbin residents began to flee the city, dumping the corpses in the streets. The rising death toll alarmed the authorities and in this critical situation Dr. Wu was tasked with investigating the epidemic. Confident of himself, he accepted almost without thinking a position that others rejected. Wu arrived in Harbin on Christmas Eve with a translator and no fancy medical instruments.

Three days after arriving in the gruesome city, Wu performed the first autopsy in China on a woman who had died of the epidemic. From his research he concluded that the devastating disease was pneumonic plague, and that it could be transmitted by human breath and fluids, something that went against the general belief of the West, which thought that the plague could only be transmitted by rats or flea bites.

Wu created special hospitals for infected patients, quarantine stations, blockades to control the movement of the population and transport, and patrol teams to check all homes for new cases. However, his revolutionary idea was to design and manufacture a special surgical mask based on cotton and gauze, to which he added several layers of cloth to filter inhalations, a product that he advised the entire population to wear to avoid contagion.

Another event that changed the performance against the pandemic occurred when Dr. Wu saw a cemetery with thousands of coffins and bodies of victims of the pandemic. Then he realized that the corpses in the freezing winter would serve as an incubator for the plague bacillus, so he set out to remove the corpses and unburied coffins by mass cremation, an act strictly prohibited by law and amounting to sacrilege according to popular tradition.

However, the doctor was able to convince the authorities and on January 30, 1911, 3,000 corpses and coffins were cremated. This action reduced the number of deaths from the epidemic and on March 1, 1911, no new infections were recorded.

Following the success in fighting the epidemic, known as the Manchurian Plague, Wu suggested to the Beijing government that it convene an international conference to review and evaluate the measures taken and document the experiences so that recommendations could be drawn up in case of to be repeated. Renowned scientists and epidemiologists from 11 countries, including the United States, the United Kingdom, Japan, Russia and France participated in a conference chaired by the Chinese-born doctor. The final deliberations were published as the Report of the International Plague Conference, 1911, and at present they are compulsory study in Epidemiology.

For the next two decades, Wu remained at the forefront of epidemic prevention in Harbin. He was medical director of the Prevention Service in North Manchuria, which later became the most important plague research center in the world. His perseverance was rewarded when he managed to eradicate the reappearance of the plague in 1921 and the malaria epidemic of 1919.

He also devoted much of his time and effort to establishing hospitals, research centers, and medical schools in Harbin, Nanking, and Beijing. He founded the Chinese Medical Society and many other professional bodies in the country. In 1931 he moved to Shanghai after Japan launched its attack on China. He was arrested by the Japanese on suspicion of espionage and was only released after intervention by the British authorities.

During his stay in Shanghai, Dr. Wu dedicated his time to the creation of the National Quarantine System. In 1935 he became the first Malay – and the first person of Chinese descent – to be nominated for the Nobel Prize in Medicine for his work to control pneumonic plague.

He returned with his family to Malaysia in 1937 after their home in Shanghai was bombed and destroyed when Japan embarked on its full-scale invasion of China.

Wu never renounced his vocation and returned to the private practice of medicine, but his heroic life was not enough to prevent him first being kidnapped by Communist guerrillas and then arrested on suspicion of supporting anti-Japanese forces. Finally, he was acquitted by the statement of a Japanese officer who was his patient.

Dr. Wu Lien-teh passed away after suffering a stroke on January 20, 1960. He was 81 years old and had returned to his new home in Penang for a week.

His death was mourned by the international medical community, but his legacy lives on. In 2008, the Dr. Wu Lien-Teh Memorial Hospital and a school also named after him were built in the city that it saved from the pandemic, Harbin. Numerous bronze statues at the Harbin Medical University and the Peking University Hospital also pay tribute to the promoter of the Public Health Service of China and the father of modern medicine in the Asian giant.