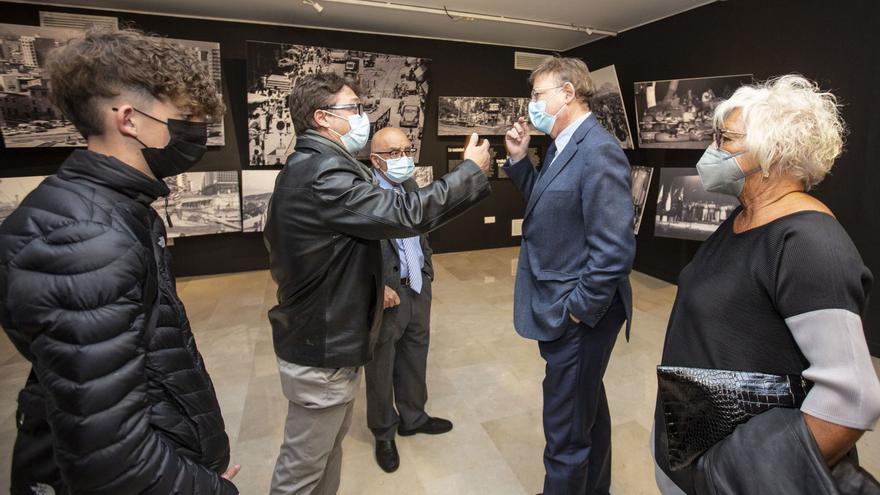 Ximo Puig wins the first round in the long fight that awaits us for the reform of the regional financing model. Together with Francina Armengol, the president of the Balearic Islands, they have managed to have their theses heard, in front of a wide cast of socialist barons who asked Sánchez to leave things as they were. Basically, the triumph of the under-financed communities, among which the Valencian Community shines with its own light (but with a red lantern), has been to get the Government of Sánchez and María Jesús Montero, Minister of Finance, accept that the population criterion should be the one that governs the distribution of money, over compensation funds to benefit the smallest communities that, far from leveling, managed to create manifest injustices. It seems common sense that those who have more population and, therefore, more spending on the main “untouchable” spending items, health and education, will also benefit from more generous funding. But far from that common sense, the compensatory funds managed to overfund the communities with the lowest demographic weight and severely punished the most populated ones. Admittedly, the easiest thing would have been to leave the garden as it was, but Sánchez is a specialist in risk gardening. This time for the benefit of the inhabitants of our Community. It is true that this is only just beginning. Those “over-financed” by the previous system already spoke yesterday about the fronts of aggrieved communities to defend the financing model that has favored them in recent years. The Treasury will listen to everyone, but the debate can generate a lot of noise and reveal little edifying autonomic particular interests, the troubled river in which the extreme right fishes that abhors our system of territorial organization.

The Perfect Arjones exhibition at Fundación Mediterráneo is the best summary of the unique look over 30 years of Alicante from a brilliant photojournalist. ÁLEX DOMÍNGUEZ

The head of INFORMATION Photography, Rafa Arjones, said it when, with contained emotion, yesterday he glossed the figure of his father and of what surely has been his best teacher in the presentation of the exhibition dedicated to his work in this newspaper for more than three decades. Rafa synthesized it perfectly: a photo editor needs to be there to get the photo. Africa Prado picked up our colleague’s idea and fixed it on a headline, which reports because it is a perfect synthesis of that spirit, “Perfect Palacios was there.” The president Ximo Puig wanted to give the importance it deserves to the figure of Cholas, as everyone knew them in our Newsroom, with their presence in an exhibition in which the Generalitat actively participates and which is hosted by the Mediterranean Foundation. In his words, he agreed with the above signer that the work of literary journalists suffers more over time than that of graphic journalists: the magic of the image is more magic with the years and remains intact, when it is not increased. Puig, who never forgets to mention with a point of pride that he is also a journalist, wanted to highlight this value of permanence and proposed that the exhibition “Huellas de un tiempo. D’un temps i un pais” with images that gloss over three decades of the history of Alicante, from the 60s to the 80s, go through the community after February 13 because you love what you know and expanding the knowledge of our Community is the best way to continue building it for the new generations. It was a day of history and journalism lessons, such as the one given by Jesús Prado, counselor of Prensa Ibérica and the director of INFORMATION, who saw before anyone else the incredible graphic editor that was Cholas, with his memory of that “mirror of history “Stendhalian that serves perfectly to define what photojournalists like Arjones did: serve the news and make history at the same time. Cholas is no longer with us, but his gaze is still here because he was there when he had to be.

And one more thing: It has not strained.

The judge in the case of the improper vaccination of the mayor of La Nucía, Bernabé Cano, logically does not believe his justification that he did “a good to society” by getting the vaccine even though it was not his turn. Juggling tends to land the balls on the ground when the player is not one or when they are thrown too high. In politics, the crash of falling balls increases when “the artist” is unable to distinguish his particular interest from the general interest. We do not know what will come out of this case criminally speaking, but it has already become clear that Bernabé Cano is not morally suitable for politics or to govern a democratic city council. You must go before you further embarrass your people.

I leave you our featured headlines: