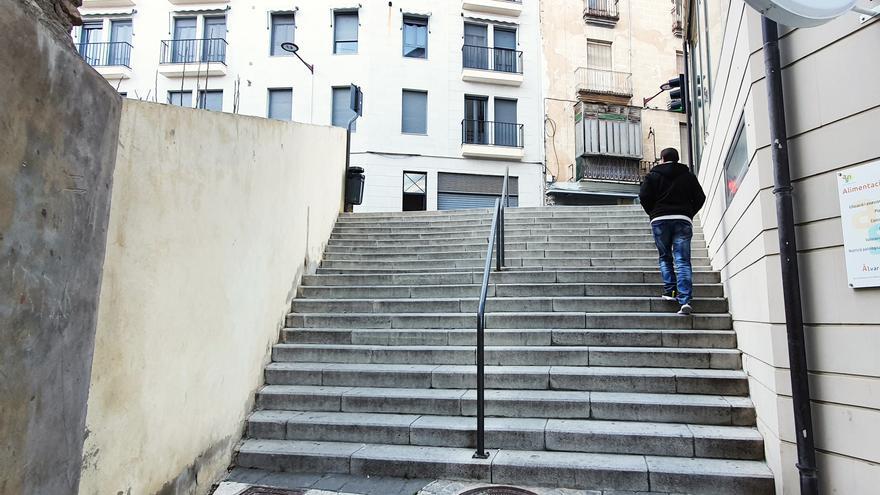 Making the streets of the municipality fully accessible and safe for all the people who live and work in Xixona is the main objective of the Accessibility Plan, which has been approved in the plenary session of the City Council by unanimity of all political groups this Thursday.

Through this ambitious project, the Department of Public Works and Infrastructure wants to improve accessibility in the vast majority of streets, squares and gardens in the municipality. In this way, it is intended that all people who have some type of disability or reduced mobility can travel without obstacles and carry out their daily and social activities normally.

This plan, which has an expenditure forecast of 2.784.500 euros, contemplates almost 70 performances that will be carried out in a period of six years. Most focus on widening narrow sidewalks and removing stairs, two of the main urban problems that hinder the universal accessibility of the town. Similarly, urban furniture will be improved to facilitate the passage of pedestrians.

The mayor of Public Works and Infrastructure, María Teresa Carbonell, (PSOE) has indicated in a statement that “Xixona is a town with a complicated orography and that makes it very laborious to undertake the necessary improvements. There is a lot to do to ensure that it is an accessible and comfortable town for everyone.”

One of the most important actions that the Consistory wants to undertake as soon as possible is the improvement of the connection between Terradets and Alcoi streets, in the “Song of Colometa”. The aim is to find an alternative to the two flights of stairs that currently exist, which represent a significant barrier to passage for such a central and busy area. Among the proposals is the construction of a ramp in the square that will be created in the adjoining lot, which the City Council has recently acquired to carry out this action, or even place a lifting platform.

The document also includes improving access to the church, which could be undertaken in the near term. The imminent demolition of some of the nearby buildings that are in a state of ruin will allow for an alternative to the current stairs.

The Universal Accessibility Plan has been designed for two years by an external consultant. For the preparation of the proposals, a process of participation citizen with which the point of view of the neighbors has been obtained. To this end, online surveys have been carried out and the opinions of the different local associations have been heard. It has also had the collaboration of the municipal technicians and the contributions of the different political groups of the Xixona City Council have been collected.

The plan involves an accessibility audit of the entire municipality, which will make it possible to plan improvements based on technical reports.

If the health situation resulting from the pandemic allows it, the Xixona City Council plans to present the Universal Accessibility Plan at El Teatret at the end of February or the beginning of March.