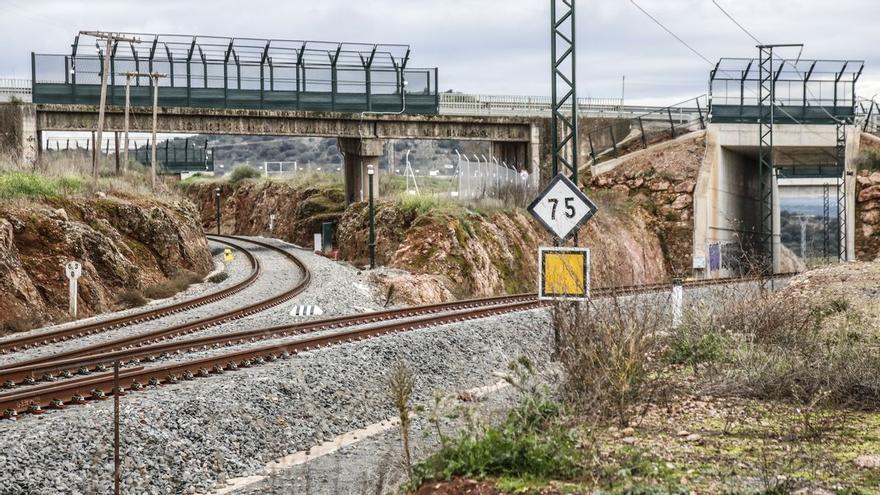 Before June. That is the date marked in red on the calendar. During the first five months of this year 2022, Adif has just been released and the Ministry of Transport will continue to work so that, finally, the new Extremaduran high-speed platform comes into use and trains can now circulate on it. The main advantage is that passengers will save time on their trips and the service will be competitive. So far the good news. Now come the ‘buts’. This new road will only be completed between Badajoz and Plasencia, although the project is planned as far as Madrid (and now also from Lisbon). And also there will be no electrification; It will be necessary to wait another year, until 2023, for the catenaries to start up. In short: it will be a half-speed train.

That is the promise that is kept for now. It seems that, this time, the AVE platform will be releasedHowever, it is still far from being called a high-speed system.

The platform will only be activated from Badajoz to Plasencia, from there the road to Atocha is still stuck

This summer the President of the Government, Pedro Sánchez, in his visit to Navalmoral de la Mata, was the one who confirmed the date, although without specifying: “Before next summer.” He made the statements in front of the Chairman of the Board, Guillermo Fernández Vara. Later, the Minister of Transport, Mobility and Urban Agenda, Raquel Sánchez, endorsed this forecast.

What is it going to mean?

In most of the way between Badajoz and Plasencia there will be a double track through which diesel trains will circulate. The new platform will allow the journey between the capital of Badajo and Madrid takes an average of four hours, which will mean a saving of 50 minutes with respect to what exists now. The travel time will then be practically similar to what it would take by car.

As for the route between Badajoz and Plasencia, it will go from three hours to two and a quarter hours. By private vehicle it takes one hour and 50 minutes. “These improvements mean that the railway begins to be competitive,” they say from the Ministry of Transport. And they add that this step is “the first great high-speed milestone in Extremadura “. Of course, after almost two decades since the project was announced for the first time (it was in 2003 by the former president of the Government José María Aznar).

What about the catenaries?

“The scenario that we have always considered is the commissioning of electrification one year after the infrastructure,” they underline from Transport. That is, in the summer of 2023. The works in this sense are progressing and facilities can already be seen in some sections of the new platform.

When that electrification begins to work, the service will experience another advance, but this will require hybrid trains to complete the journey to the Atocha station. The forecast that is being considered is that by the end of 2022 this line will be equipped with the aforementioned trains, necessary to take full advantage of the characteristics of the infrastructure.

One that has catenaries between Badajoz and Plasencia, these will end just when the train leaves the capital of Jerte. In the rest of the route there is no electrification, only a few kilometers between Humanes and Madrid.

So they are necessary those hybrid trains – which can run on diesel or electricity, depending on the characteristics of the road – in order to get the most out of the new platform.

What about the other sections?

The Badajoz-Madrid High Speed ​​Line (LAV) project consists of three phases. The first, Badajoz-Plasencia, is the only one with a near future. But the other two are still in the air. The second section runs between the capital of Jerte and the border with the province of Toledo (Talayuela in the Extremaduran part and Oropesa in the Castilla-La Mancha area). And the third, the one that reaches Atocha, is the most backward.

As for the second, from the Ministry of Transport they assure that they have completed the works in a quarter of the same, that is, in 20 kilometers.

The documents of the ministry set this second phase in 2025.

And in relation to the third, the connecting branch to Madrid, what exists so far is the informative study of the project, which is in the supervision phase. Here, the date being considered is 2030.

In these two parts there has been no talk of electrification.

At the last Spanish-Portuguese summit, held in Trujillo, the high-speed connection between the two countries through Extremadura was put on the table again, or in other words, the roots of the plan were returned to.

For the moment the Portuguese Prime Minister, Antonio Costa, has confirmed a high-speed line for passengers (in addition to goods) between Badajoz and Évora, which will be active in 2023, coinciding with the electrification in the Extremadura section of the AVE.

Will the forecasts be fulfilled this time?

And what about the conventional network?

It is the whiting that bites its tail. There are few passengers, the service is not profitable and it is not promoted, so that it is less and less attractive to potential travelers. Beyond the high-speed line that is expected as May water in Extremadura, the conventional train network also receives numerous complaints because it is slow and scarce. It does not provide options for the railway to become a real alternative to one’s own vehicle to move within the community for leisure, family or work reasons.

An example: if someone lives in Cáceres and works in Almendralejo for a civil servant or interim position that forces them to enter at eight in the morning (something very common in the region), they cannot go by train because the first service in the morning He arrives after a quarter past eight. In the opposite direction it is even more complicated. These are very specific circumstances, but they would help to improve the service.

Another example: if someone wants to go tomorrow Monday from Cáceres to Seville by train, they have two options: at seven in the morning or at two in the afternoon. In the first case it will take four and a half hours; in the second, almost five hours (by car it is two and a half hours).

Suspension due to pandemic

In the first months of confinement, at the beginning of the pandemic, Renfe suspended all the trains that existed in Extremadura. This summer 30% was still canceled; one of the arguments – the main one – was precisely the lack of demand.

There are still four to be restored: one between Plasencia and Madrid, another between Mérida and Madrid and two on the Villanueva de la Serena line. Even so, being such a large community, the train does not serve to unite regions or allow real mobility between the most important municipalities.