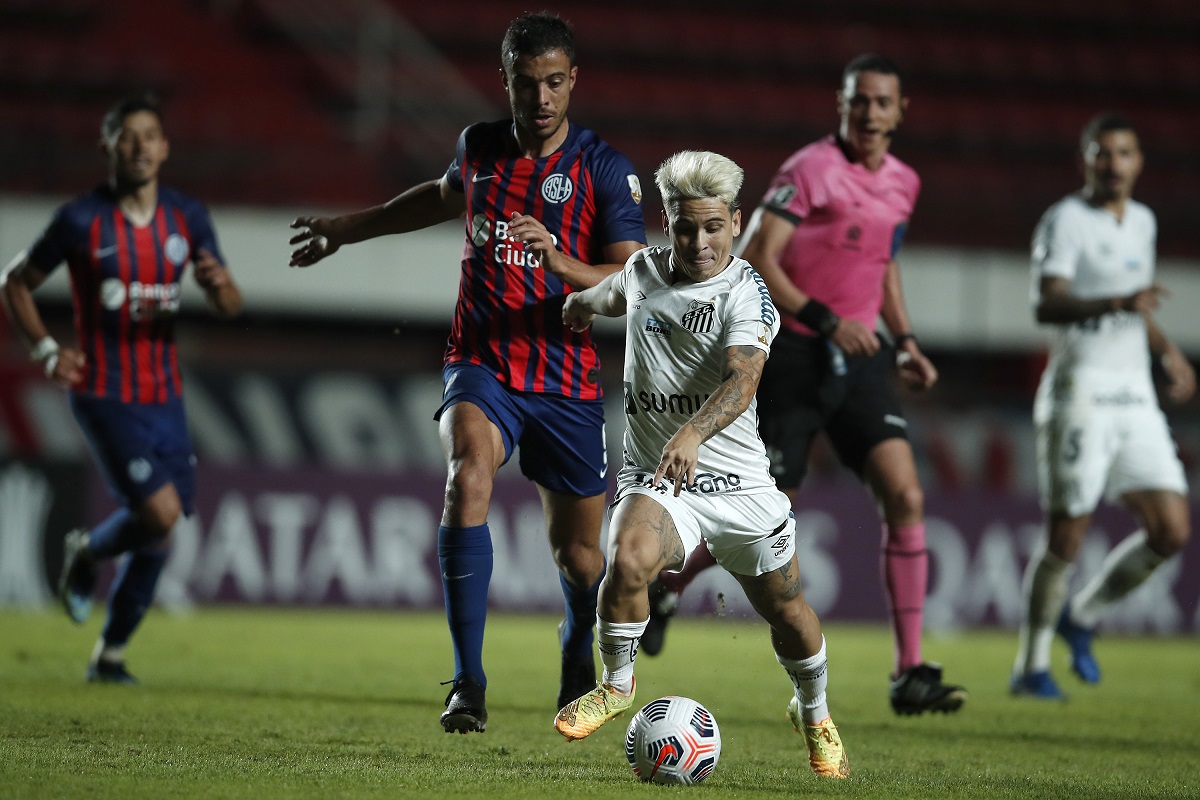 Major League Soccer has already started and the Toronto FC fell 4 – 2 against Montreal Impact and as the book of passes has not been closed, they want to shake the league with a bombshell: sign the Venezuelan Yeferson Soteldo. He is currently a footballer for Santos FC in Brazil and comes from shining in the Copa Libertadores.

The 23-year-old Vinotinto chip is shared 50% – 50% between Santos and Huachipato from Chile. Therefore, Toronto FC offered $ 6 million dollars to be the creditor of 75% of the rights of the winger, according to the journalist Cesar Luis Merlo.

“There was an offer from the MLS that I cannot refuse. I am excited to play for Toronto FC. I hope that the clubs with my rights reach an agreement ”, declared ‘Soteldinho’ to Globoesporte.

In La Bombonera he appeared before those who did not know him, or made themselves indifferent.

At his home, in Vila Belmiro, he scored this unforgettable goal against Boca Juniors.

He also argued the reason for his decision to go to MLS in the next few days.

“The club (Santos FC) is going through a very critical economic situation. The offer that came from Toronto FC is very good for the club, it will help to resolve debts and will guarantee my future and that of my family ”, added the skilled player.

This was the definition of Yeferson Soteldo’s first goal against Goiás. It goes, presses, forces the error and then vaccinates them with a precise shot. He’s alive, he’s a rogue upstairs.

It is his best moment as a footballer. #VenEx #CambracoDoBrasileiro

Soteldo would be the Toronto FC Franchise Player

One of the motivations used by the Canadian club to convince Yeferson Soteldo is to grant him the position of Designated Player (Franchise Player) who is vacant after the departure of Pablo Piatti.

Those led by Chris Armas, who already have historic players from the US National Team such as Michael Bradley and Jozy Altidore, will have in Soteldo that unbalanced player who can fall to the right or left, and even be a midfielder to strengthen the offensive front.

He also speaks well of Soteldo who took the lead to lead a totally renewed Santos FC. It was an 11 very different from what was seen in the final of #Libertadores

He almost always makes a difference.pic.twitter.com/imH5ntnvUD