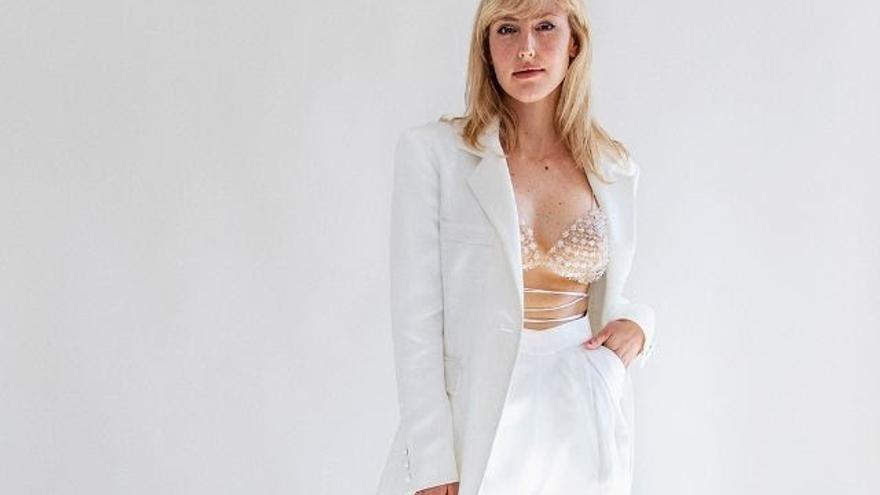 The film is set in 1992 and revolves around several girls, adolescent girls and some of their mothers –fantastic Natalia de Molina in the role of Celia’s mother–. It has moved me to see reflected the time in which I grew up while perceiving, from the eyes of now, the machismo that permeated every part of our lives. One revolts when seeing the way in which a girl suffers humiliation and derision for being the daughter of a single mother, or what is the same in the mentality of just thirty years ago: of a slut. Thus, we see a woman who fights relentlessly to raise her monomarental family and in return receives nothing but contempt from society, including her own parents.

But it’s the little details that, for me, make it big Girls, and the tape is riddled with them. Like the gym teacher scolding them for running like tomboys. Even in that we had to be feminine. Or like the scene in which a group plays in the courtyard with a song that drowsily inhabited somewhere in my memory and that scares me when it returns to my mind. I am the captain of an English ship and in each port I have a woman / The blonde is phenomenal and the brunette is not bad / If I ever have to marry, I will marry the one I like the most. How many times will the girl have sung it that I was totally oblivious to its implications: anchoring in my head that women have no right to anything other than to be treated as mere merchandise in passing to the consumer’s taste.

A round film, which begins with a nun teaching in a girls choir to move her lips without singing in order to silence those she does not consider up to the task, and which ends with Celia raising her voice in the show for which she was preparing to beginning. We are all “girls”, some from today, others from yesterday, but I am excited to think that, despite what they have instilled in us since we were born, we are capable of letting go of it and acting with the same courage as Celia: standing up and not letting anyone silence our voice.

When I was appointed general director of youth, a colleague came to tell me to step aside and make way for more capable others. Needless to say, I spent four years having to prove myself at every meeting, event or press conference. What is taken for granted in a man, we are constantly required to prove ourselves. When I decided to leave the legal profession and dedicate myself to writing, most of them thought I was crazy. “You have not thought it through,” they said, ignoring me and pretending to decide for me. And so with each of the resolutions, large or small, that I have taken throughout my life. Until not long ago, I didn’t sing in public because, like Celia, I knew it wasn’t my strong suit. One day I said: it’s over. I went to a karaoke and sang it all until they closed. The next morning I couldn’t even speak, but I was happy. Let us claim for ourselves the necessary imperfection inherent in the human being. “I don’t want to be perfect,” read an old campaign by a young women’s association. And I think that this concept still has a long way to go to be integrated, because the rest of the collective imagination continues to demand that impossible from us. Like when someone says “I am against quotas, because then there will be mediocre women who reach high.” And I laugh and think: oh, of course, there are no mediocre men in positions of power.

Returning to the film, which does not seek perfection but certainly achieves brilliance: it makes a contribution to real equality, and not only in substance, but also in form. Because we find women in command in each of the areas. In the direction and the script, but also in the production, montage, artistic direction, costume design or photography direction – Daniela Cajías makes history by being the first woman to receive the Goya award in this category. , the message. If you want it, go for it; that nobody makes you believe that it is forbidden territory.