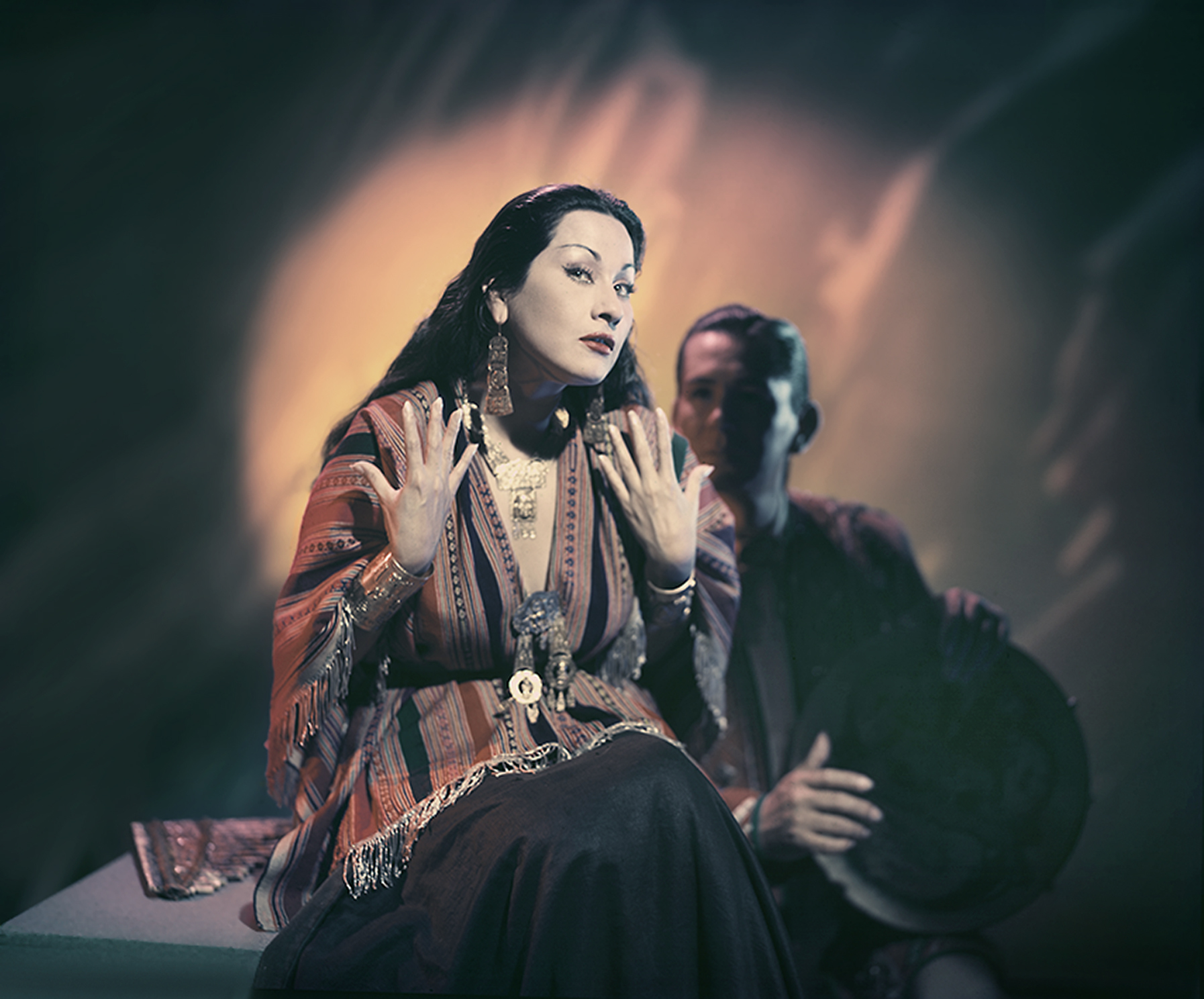 Jalo Nuñez del Prado discovered Yma Sumac’s records in the markets of his hometown, Lima. For someone like him, a promoter of indie pop, were irresistible objects: covers tremendously kitsch, made in the United States during the fifties, during the fashion of the so-called exotica, a variety of music for restless adults. Over time, Nuñez del Prado discovered that under all the Hollywood paraphernalia there was also a groundbreaking artistic project: in the company of her husband, the composer Moisés Vivanco, Yma applied her extraordinary voice to a hybrid that combined Andean folklore with great orchestrations Made in USA.

Installed in Madrid, Nuñez del Prado decided that Yma Sumac (1922-2008) was perfect to inaugurate Ellas Rugen, a record collection that seeks to remedy “the low visibility of Latin American women in an industry where the Anglo has always maintained its dominance.” And it has started with The Legend of the Sun Virgin (1952), Yma’s second album for Capitol Records: “She is best known for records like Mambo! but here is a greater range of experimentation. The combination of opera and theater is fascinating. Along with Spanish, he sang very complex songs in Quechua, the language of the Incas, with a very ethereal point ”, says Nuñez Del Prado.

In the reissue notes, scholar Carmen McEvoy points out that Yma, who lived most of her life in the United States, did not have full acceptance in Peru. Although by Vivanco she was considered part of the indigenous movement, in her country the promotional rhetoric surrounding the Sumac, who claimed to be a ñusta, an Inca princess, descended from Emperor Atahualpa, was choked. In his words, “I was born two thousand years ago but I remain young.”

Until, in the nineties, the fashion of lounge rekindled worldwide curiosity for Yma Sumac: he was sampleada and remixed; his voice found its way into commercials and movies like The Big Lebowski. He refused to return to live, although he did agree to collaborate with producer Hal Willner on Stay Awake (1987), a tribute to the Walt Disney songbook. In 2006, there was an official reconciliation with Peru, with the awarding of the Order of the Sun and other honors.

For Nuñez del Prado, Yma’s case is paradigmatic: “We tend to turn our glories into museum pieces, references for elites. The interesting thing, however, is to democratize his legacy and bring it closer to the new generations ”. He wants to repeat the move with other figures such as the Cuban Olga Guillot, the Mexican actress María Victoria Cervantes and even, outside the scope of Tropicana glamor, the Afro-Ecuadorian trio Las Tres Marías, made up of the formidable Pavón sisters. There were no sumptuous orchestrations there: if they needed accompaniment, they would imitate the instruments. Compared to the queen bee model, they were undoubtedly worker bees.

The next releases are reserved for Lucha Reyes. Attention: the Peruvian vocalist, not the ranchera singer of the same name. A lady who experienced unimaginable poverty, abundant in abuse and violence, before becoming the Golden Brunette of the Creole song. A record by the Venezuelan Estelita del Llano is also prepared. In its own way, it also has a telling story. He sang with Los Zeppies, a quintet of doo wop Platters style where José Luis Rodríguez was also, alias The Puma. Already alone, Estelita specialized in boleros performed with strong metals: a tropical pop that coexisted with the rock & roll until the emergence of the Beatles. For Nuñez del Prado, “the most important quality of the Ellas Rugen project is that the selected protagonists made a certain impact within their own national environment. We now unite them so that, symbolically, they have a continental dimension ”.