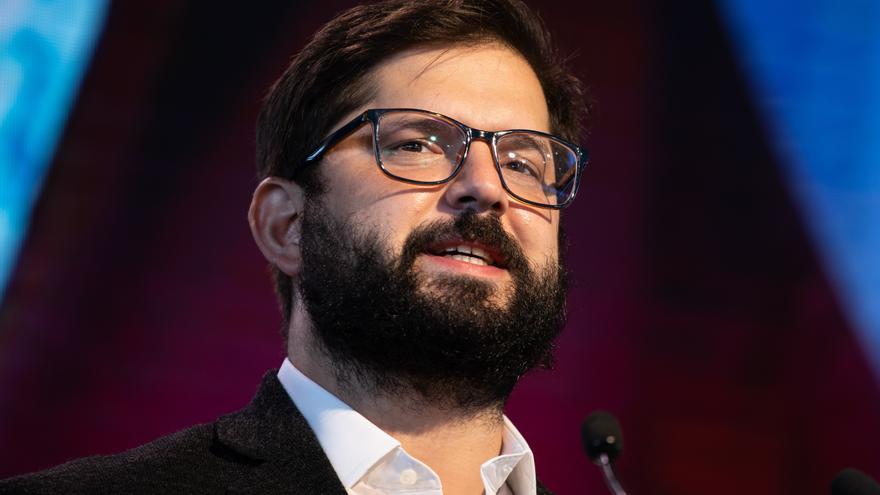 Spain could have one of the largest representations on the inauguration of the leader of the new left in Latin America, Gabriel Boric. The Second Vice President, Yolanda Diaz, is trying to fit in his agenda to attend this event, on March 11, which, as a member of the purple bloc of the coalition government, is attended by the Minister for Equality, Irene Montero, as published The Newspaper of Spain.

Irene Montero would be part of the Spanish delegation, which heads the Reyaccompanied by the Foreign Minister, Jose Manuel Albares. Since Boric’s victory in the Chilean elections in December, there has been the possibility that a minister from United We Can also go to Santiago de Chile next month. Weeks ago it was assumed that she would be the head of Equality but in recent days Yolanda Díaz has also been targeted, according to government sources.

🇨🇱 Hope has overcome fear. The Chile of youth and women, the democratic and progressive Chile, has won.

An exciting stage begins to protect citizens and expand rights.

No conflict with Montero

His presence is not closed yet and in the environment of the second vice president they assure that “for the moment on that subject they remain discreet”. Knowledgeable sources stress that the possibility of going it does not suppose a struggle with Irene Montero because, they point out, what would happen is that the two would travel. The Minister of Equality, they explain, has already confirmed. This would be somewhat unusual. The normal thing is that together with Felipe VI who, traditionally, since his time as Prince of Asturias, always attends the inauguration ceremonies of Latin American presidents, goes the Foreign Minister. Just this week Albares has traveled with the King to the appointment of the new president of Honduras, Xiomara Castro. The same thing happened in July in Peru or in May in Ecuador, even with the previous minister, Arantxa González Laya.

Congratulations to the brothers and sisters who assume government tasks in Chile together with the President @gabrielboric. They know that they have us close and that the path is one of transformation and hope. Until dignity becomes a habit https://t.co/Hu0Dp9cE1Y

However, the sources consulted from the purple bloc maintain that “We will see” the final composition of the Spanish delegation, implying that it may be broader to include both Díaz and Montero. But, they emphasize that in the case of the second vice president it will depend on the calendar. Her intention is that, once the elections in Castilla y León are over on February 13, to begin a six-month “listening period” of contact with civil society, which will be the prelude to the launch of her electoral platform as a candidate of the space previously led by Pablo Iglesias.

What happened in Bolivia

Precisely the precedent of the participation of Iglesias at the inauguration of the president of Bolivia, Luis Arce, has led Foreign Affairs to now have United We Can. At that time there were initially reservations about including Iglesias in the Spanish delegation. But Arce’s personal invitation forced him to rethink it and the then first vice president and leader of Podemos traveled with the King and González Laya but kept a parallel agenda. This situation is what is being avoided now, making room for the ministers of the purple bloc in the Spanish institutional representation.

The similarities with Boric

The Podemos’s connection with Boric is very close and goes back to the beginning of both. The purple formation arose from the indignation of the 15-M and the Chilean Broad Front of the student mobilizations of 2011. They share a similar political project and belong to the same generation. The elected president of Chile is 35 years old, Iglesias, 43, and Íñigo Errejón, 38. The harmony between their leaders is sufficiently attested on social networks. Diaz herself supported Boric in his election campaign.

But Boric’s victory highlights what Podemos failed to achieve. In a videoconference between Errejón and the Chilean sociologist and political consultant, Eugenio Tironi, the leader of Más País stated that “They are what could have been our history, if we had made the right decisions”, referring to the break between him and Iglesias. A few days ago the new president of Chile uploaded to Twitter some underlined phrases from Errejón’s book “With everything. From the fast years to the future”, where he gave his version of the breakup.

Key reflection for the times to come: the ability to build a common order. pic.twitter.com/OaSvoxfEvJ

But the important thing about the note on Errejón are the phrases it underlines. “Revolutionaries are tested when they are capable of generating order” and, “that also includes most of those who were against him”. A reflection that has marked the election of his cabinet, unanimously described as moderate left. Something that is also reflected in this sentence on the same page: “Surely the fundamental test, the most radical, is not to storm the palace, it is to guarantee that the rubbish is collected the next day.”