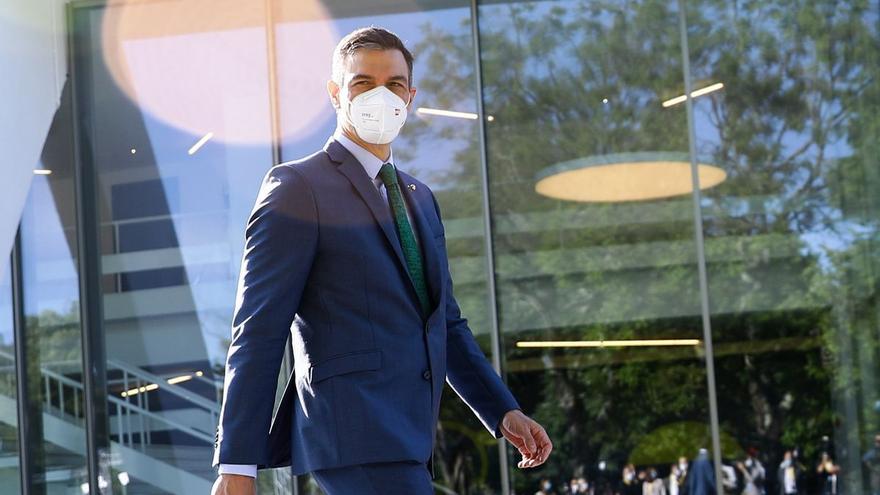 The State Government has wanted to remove the responsibility of facing and directing the problem of the health crisis caused by covid-19 by transferring to each of the Autonomous Communities and, what is worse, to the Superior Courts of Justice of said autonomies and the Supreme Court, the decisions on the restrictive measures that must continue to be imposed until the aforementioned health crisis situation ends. This maneuver of moving away from media pressure and putting the focus of attention on other areas occurs in the absence of clear legal tools and without the organs of the Judicial Power that now have to make the decision are adequate to rule on these issues. It seems that the central executive has told them: “You govern this disaster.”

In some of these autonomous communities (the Balearic Islands, the Canary Islands, Navarra, the Valencian Community, the Basque Country and, in part, Catalonia) the governments lead their citizens to a truly surprising and legally unacceptable paradox: the state of alarm has been dispensed with, but it is intended to continue with all the measures that limit or restrict fundamental rights, such as ‘curfews’ or perimeter closures. Given this, there are only two alternatives: either that such decisions can be taken without the need for any state of alarm (in which case, the conclusion is that we have spent more than six months in an unnecessary state of alarm and all the speeches about its necessity were a lie), or that, obviously, the same measures cannot be adopted with a state of alarm and without a state of alarm, since their existence is what allows or not to implement and demand the restrictions and to sanction or not their non-compliance.

From the outset, I am not going to enter into a constitutional assessment of the modifications that the Government of the nation has made via decree law in Law 29/1998, of July 13, regulating the contentious-administrative jurisdiction. Perhaps I will address the issue in another article. I will start from the debatable assumption that these modifications are valid and respectful of our Constitution. It is intended to affirm that, by the application of Law 14/1986, of April 25, General Health and Organic Law 3/1986, of April 14, of Special Measures in Public Health Matters (ordinary regulations of application in stages of “normality”, that is, when an exceptional state is not in force) and without the need for any state of alarm, any health authority can limit or restrict the same rights to all citizens as in the event that it was the repeatedly cited state of alarm in force.

The order of the Superior Court of Justice of the Basque Country of May 7, 2021 reasons and bases why this is not possible. The articles of Organic Law 3/1986 refer to “the appropriate measures for the control of the sick, the people who are or have been in contact with them and the immediate environment”, without it being extrapolated ” to an undetermined group of citizens “and with respect to whom” it cannot be said that they are sick or people who are or have been in contact with them “(fifth legal basis of the Order dated May 7, 2021). And that Court continues saying: «Law 14/1986 in its article 26 refers to preventive measures that are deemed pertinent in case of imminent and extraordinary risk to health, but later it refers to the seizure or immobilization of products, suspension of the exercise of activities, closures of companies or their facilities, intervention of material and personal means and others, which are not specified, but which must be understood to be of a similar nature because otherwise, they would not have legal coverage since what does not fit is agree to any unnamed measure of any kind and, much less, if it is about limiting measures of fundamental rights.

In other words, the same measures limiting fundamental rights imposed prior to a state of alarm, when the essential and necessary of said state of alarm was defended ad nauseam for its adoption, cannot be adopted on the grounds of legislation that is normally applied and in force without a state. of alarm, since that legislation is thought for other budgets of fact.

The Superior Court of Justice of the Canary Islands in its order of May 9, 2021 does not grant the necessary judicial endorsement neither to the so-called ‘curfew’ that was wanted to implant in the Canary Islands, nor to the limitation of the entry and exit of people in the Islands, although the reason for said refusal is not that stated by the Basque Court, but is based on the absence of motivation or justification of the measures proposed by the Canarian Executive, as well as on the lack of proportionality between the government proposals and the restriction of the rights affected.

The higher courts of Justice of the Balearic Islands and the Valencian Community that have endorsed the legal coverage of the same restrictions on fundamental rights, whether or not there is a state of alarm, have proclaimed that, indeed, the state of alarm was not necessary and that the current legal system, apart from exceptional law, was more than sufficient to implement the measures that only began to be adopted after the proclamation of the state of alarm. However, the Superior Courts of Justice that have endorsed these restrictions in the absence of a state of alarm, have done so with significant disagreements among their magistrates (in the Balearic high court the judicial resolution was approved by three votes to two), or with severe reproaches towards the Government for its position and inaction (in the case of the Valencian high court, in whose order it can be read that “what is desirable (…) would have been – and continues to be – a suitable and ad hoc normative production that solves the interpretive problems with which we meet and avoid the consequent contradiction of criteria that we witnessed in their day and we are doomed to repeat at this moment of termination of the state of alarm ”).

Personally, I do not agree with the reasoning or with the conclusion of the judicial decisions that have considered that without a state of alarm there is sufficient legal coverage to maintain the same restrictions as with a state of alarm, and I believe that these rulings are more oriented by a Generic criteria of responsibility in the face of the danger of the pandemic than by the rigorous and guaranteeing application of the norms. This means that the courts in question have adopted a role of government rather than judicial body, which is inappropriate and more than debatable. In the end, it seems that they have accepted the order from Moncloa: “You govern this disaster.”