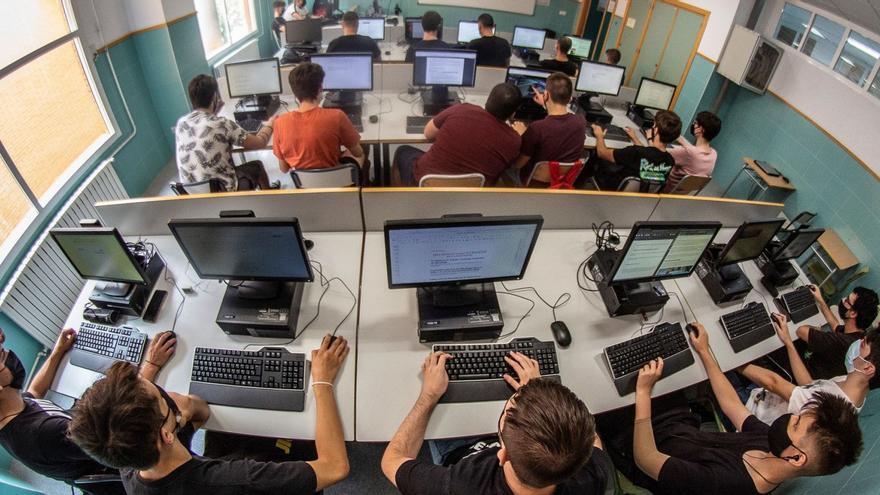 The youth of the Community between 16 and 29 years old slightly improves the European average in education and use of technologies and places it among the eight autonomies that can rub shoulders with the results of the rest of European countries in these parameters.

The results come from the latest annual report carried out by experts from the Centro Reina Sofía and the Fundación de Ayuda contra la Drogadicción, FAD, for adolescents and youth, in a comparison that interweaves the data of the Eurostat index and that has been carried out since the year 2016.

Regarding the national average, the Community is above in all the parameters analyzed with the exception of the one referring to new technologies, and even so, the young people of Alicante, Castellón and Valencia show greater expertise than the European average regarding their immersion in the world digital, 0.806 against the European 0.704 and the national 0.841.

Regarding technology, the general youth progress in both access and use of the Internet in the last year is analyzed, as well as digital capacities in areas such as communication and digital information, together with problem solving and management of the software.

Regarding the educational field, it stands out especially at the university level, with the learning of at least two foreign languages, as well as in the significant reduction in early school leaving, referring to those young people who continue studying at the end of compulsory education from 16 to 18 years old and up to 24. The Community index is 1,981 compared to 1,941 national and 1,955 European.

Although the European level is still well above the Spanish level in particular regarding the early abandonment rate, with 10% compared to the national 16%, the singular improvement in the Community places it above the national average with 15%.

The expert authors of the report clarify in this regard that the parameters that they assess periodically in the educational field are different from those measured by the international PISA report, on educational competences and in which the Community comes out worse.

The greater continuity in studies after compulsory education is also attributed to rates that are not so positive on the other hand, such as unemployment or family emancipation, which go hand in hand and refer more young people to the academic world as valued Beatriz Martín and Anna Sanmartín, from the FAD and the Reino Sofía Center respectively.

The negative effects on employment and emancipation weigh down not only the Community but the entire country in general, which has almost 30% unemployment among young people compared to 13% in the European Union. And it does not refer only to the achievement of a job, but also to its quality. In this sense, temporary contracts are twenty points higher than the European average. The set of these parameters on employment, added to part-time work, places the EU with an average rate of 1.526 compared to 0.977 in the Community and the still lower 0.938 national.

In addition, in the last decade, always according to the comparison of this report, the setback when it comes to becoming independent from the family has not been reversed. Only six out of every hundred young people become emancipated between the ages of 20 and 24, and just over a third between the ages of 25 and 29, which shows a gap compared to Europe of 19 percentage points. The index in the Community is 0.292, 0.716 in the EU and 0.236 national average.

33rd among 27 countries and 17 communities

The Comparative Youth Development indices referred to the year 2021 place the Community in the 33rd global position among the 27 European countries and the 17 autonomies analyzed, with an average of 5,119 after evaluating both education and the use of technologies, unemployment, emancipation and life and health; above the national average of 5,012 and below the European average of 5,927. The best-situated autonomies, which even exceed the EU average, are those of Madrid, the Basque Country, Navarra, Catalonia, Castilla y León, Aragón, Cantabria and La Rioja; and the country at the top, Denmark.

The experts who have produced the annual report on the comparative development of youth across Europe warn about the intergenerational gap that shows policies that continue to favor adults and force young people to return to the family in order to move forward. This gap is also compounded by gender, with a clear negative inequality for women. As has already been pointed out from other forums, they agree that for demographic reasons the worst rates for the Community in terms of unemployment tend to improve due to a purely demographic issue.