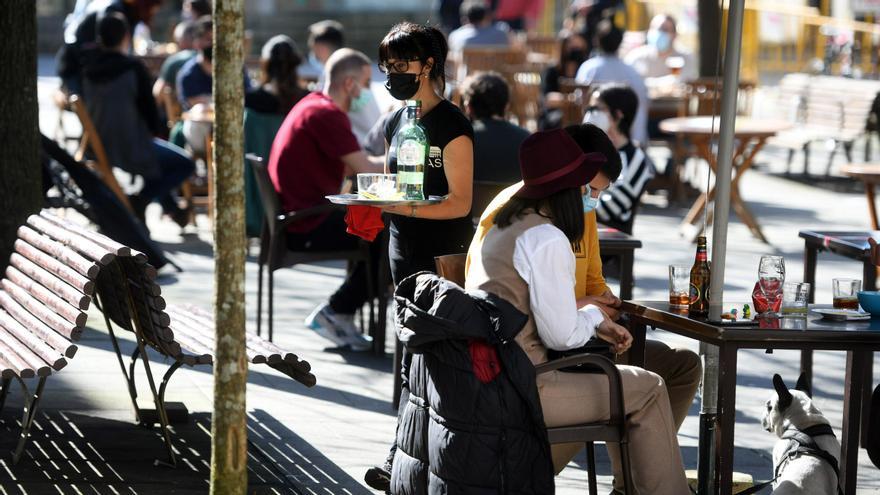 The youths They are the last to enter the job market but they are lthe first to come out when there is a crisis due to their greater vulnerabilityregardless of their productivity, as reflected a report on the job insecurity of young people in Spain to which EFE has had access.

In this way, youth unemployment in Spain has worsened during the health and economic crisis derived from Covid-19: in the year of the pandemic, 200,000 jobs have been lost, 32% of total employment, despite the fact that young people represent 4.4% of all employment.

This is reflected in the document ‘Jóvenes. Temporality and job insecurity ‘, prepared for the Prospect 2030 Comunitat Valenciana chair by the professor at the Universitat Jaume I de Castelló (UJI) and a member of the Interuniversity Institute for Local Development Vicente Castelló Roselló.

According to this expert, the working conditions of young Spaniards are more precarious than in neighboring countries, since the entries and exits of the labor market occur with short-term temporary employment contracts and, at times, with excessive overqualification, which hinders the accumulation of experience.

Specific, 67.4% of young people under 25 years of age with employment in Spain have a temporary contract (in the euro zone it is 52%), and 36% have a part-time contract.

Castelló points out that the youth unemployment in Spain is a structural phenomenon that has persisted during the last decades and that has worsened in the pandemic because, “as in all economic crises, young workers are the first losers, especially the less qualified”.

Thus, this expert in employment policies highlights that the sectors affected by the pandemic employ a large number of young workers with little training, who will now need a new adaptation.

Castelló explains that the effects on employment are asymmetric between groups: the destruction of employment has been primed in the most vulnerable, that is, in those people who have a lower level of academic qualifications and, therefore, have a lower employability .

The report reflects that 2020 has closed with an increase in youth unemployment of 120,000 people, which represent an unemployment rate of 40.13% (three times more than the average in Spain) and is the highest in the EU, where the average is 17.8%.

To reduce this problem, the expert proposes to act jointly in the educational and labor spheres by adopting reforms whose priority should be to first reduce the unemployment rate of the entire workforce.

Youth unemployment as a political problem

Youth unemployment “is not only an economic problem, it is also a political problem and, as such, it must be dealt with,” says Castelló, who advocates modernize the learning system and the content of the educational curriculum, to provide students with tools with which to face a more technological and changing environment.

In his opinion, vocational training, due to its strategic role, requires a thorough review that allows increasing and adapting the knowledge and skills of the active population throughout life, for which it is “essential to adjust the training structure to the needs of the productive system”.

The report also claims to promote legislation on public housing and rent, given the difficulty of access to the purchase of a home or to rent at affordable prices, since the high temporary nature of young people limits the ability to obtain stable income periodically and to access credit.

It also proposes to promote the spending of Active Employment Policies in training and orientation activities, evaluate the efficiency and productivity of insertion measures, training of workers, incentives for the private sector and orientation and monitoring services, as well as reduce the subsidies for hiring.