“Frankly, this is something I’ve wanted to see for a very long time.”

Believe it or not, Peter Bergman didn’t really want to play Young & Restless‘Jack Abbott. “I was dragged kicking and screaming to the best job anyone could ever have,” he chuckles, admitting that having spent a decade playing All My Children‘s Cliff, he was ready for something different. “My wife and I didn’t want to move to California, I didn’t want to do another soap, and I definitely didn’t want to replace another actor.”

During Bergman’s stint on All My ChildrenCliff and Nina (played by Taylor Miller) were the toast of Pine Valley.

Credit: ABC/Courtesy of the Everett Collection

Yet, as we now know, all three came to pass. “And it was the best thing that ever happened to me,” he reflects, “having turned into this amazing, incredible career. It’s pretty staggering.”

Now, that’s not to say that it’s always been sunshine and roses. There was a time not so long ago when Bergman feared that the Abbott family had lost its luster. “You had Jack wandering around that giant house by himself, with no woman in his life” he recalls. “He would get the occasional visit from Billy, and drop-ins from his sisters from him. But that was about it.”

Then, while recovering from eye surgery, I received a call from headwriter Josh Griffith and the head of CBS daytime which did his heart good. “They said, ‘We want you to know this is going to be the year of rebuilding the Abbott family. When we get to our 50th anniversary, we want the show to once again be about three extended, multi-generational families in Genoa City.’” 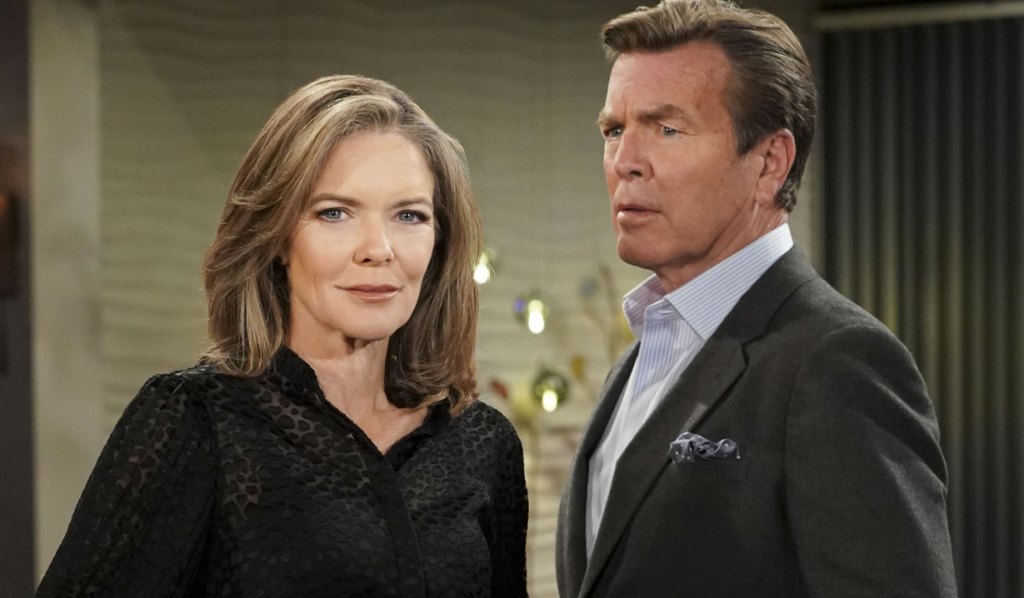 Diane’s return helped put the Abbott family back in the spotlight.

More: Noah’s past is about to impact his future!

Although the show has already begun celebrating the big anniversary, Young & Restless actually hits that milestone in March of 2023. Yet already, Bergman is thrilled with the changes being implemented. “It has been joyfully rewarding for me,” he beams. Thanks to the returns of Diane and Kyle, not to mention new family member Allie, the Abbott clan is once again feeling like a force on the canvas.

“For a while there,” he points out, “it was about the juggernaut Newman family and a few families in the vicinity.” Need proof of just how backburnered Jack’s clan had been? “We lost the Jabot set for nearly two years. And that’s back now!”

In other words, nobody is re-inventing the wheel, but rather remembering that there’s no actual need to. “I”m finding the writing more and more engaging,” Bergman enthuses. “Real conflicts in families with real problems. There’s a reverence for some of the older characters, but also the ability to weave some of the younger characters into that. Frankly, that’s something I’ve wanted to see for a very long time.”

Stories like the current one involving Jack, Diane, Phyllis, Kyle and Summer are crucial. “These are multigenerational families who are interdependent, and we’re getting back to that more and more with each passing week,” Bergman says. “It’s fantastic stuff, and I can’t wait for the audience to see what’s coming next!”

Join us now in flashing back over 50 years of romance, tears, weddings, funerals and more via our photo-filled look at Young & Restless entire history!