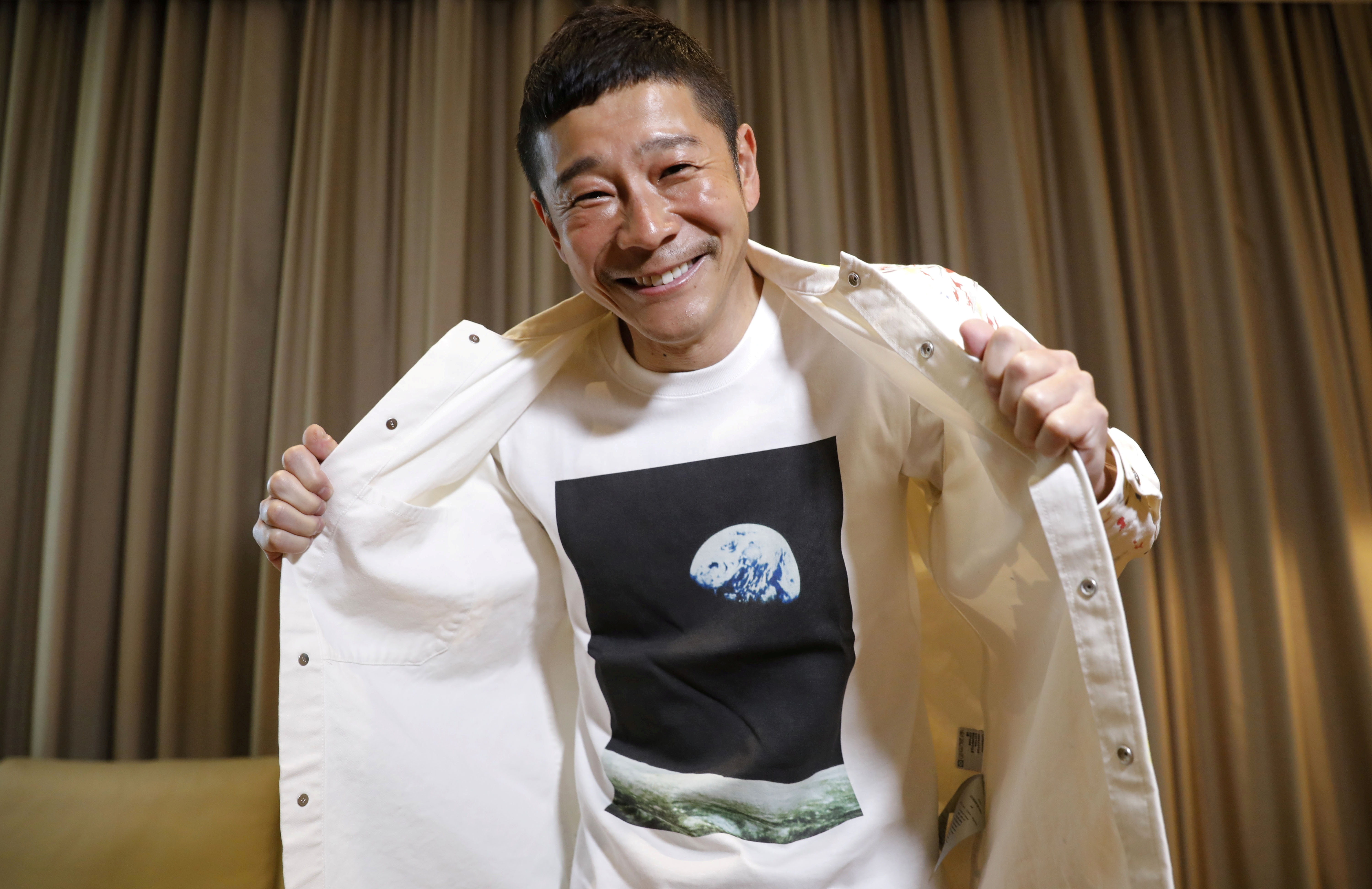 Wanted: eight people to go and return to the Moon in a private trip, totally free. It seems like a crazy proposition; even lunatic, pun intended. But it is absolutely serious. Yusaku Maezawa, one of the richest men in Japan, is looking for eight companions, people from anywhere in the world, to go with him to our satellite aboard the spacecraft manufactured by Elon Musk’s SpaceX, in what will be in 2023 the first private lunar expedition in history. The billionaire, who is estimated to have a personal fortune of about 1,900 million dollars (1,578 million euros), will bear the expenses.

The 45-year-old tycoon, who built his wealth in the world of fashion and has a reputation as an iconoclast in his country, had bought all the tickets available for that first flight in 2018, for a figure that has never been disclosed. His initial purpose, as a great admirer and investor in all kinds of art, was to have invited eight artists of all kinds ―writer, architect, musician, painter… to the week-long trip to feed his inspiration.

“That idea has evolved,” he explains himself, in a video posted on his Twitter account in which he explains the new DearMoon project (“Dear Moon”). During these years, Maezawa says, he has reflected on the concept of what an artist is, and has come to the conclusion that “anyone who does something creative can be considered an artist”.

It does not matter the origin or profession of the interested parties. They only need to meet two requirements. That their experience on the trip offer a result that “breaks boundaries” for the benefit of society, and be willing to help other participants to achieve that goal.

“I invite you to accompany me on this mission. Eight of you, from all over the world, ”says the billionaire in the video. “I have bought all the tickets, so it will be a private trip.”

In total, the spacecraft will carry 10 or 12 people, on a trip around the Moon before heading back to Earth.

The first phase of the registration process will last until March 14. Once registered, the candidates will have to pass a selection that will include a personal interview through the internet, and the execution of a “task”. The allocation of places will take place after the finalists undergo a second interview and a medical check-up in May. After that, within two years Maezawa and his chosen companions will become the first travelers to the Moon in more than half a century, since NASA’s last Apollo mission in 1972.

That is, if everything goes according to plan. The tests of the reusable rocket, nicknamed Starship, they have already suffered several setbacks. The last one, this Thursday: after a test flight that had taken place without incident, and eight minutes after landing, the last prototype was blown up in flames.

It is the third incident in just four months: in February and December, as many prototypes crashed in a fireball while attempting to land after completing test flights of the rocket that SpaceX hopes will one day carry manned and pilot missions. charge to other planets.

Musk himself expresses his faith in the project in the Japanese mogul’s video. “I am very confident that by 2023 we will have reached orbit many times, and that by 2023 it will be safe enough to carry people. It is very promising ”, he assures.

His optimism seems shared. In the first hours after the announcement, more than 100,000 people from 216 countries have registered, Maezawa revealed on Twitter. By nationality, India is the country that is contributing the most candidates, followed by Japan and the United States. Spaniards are among the most enthusiastic: they rank seventh.