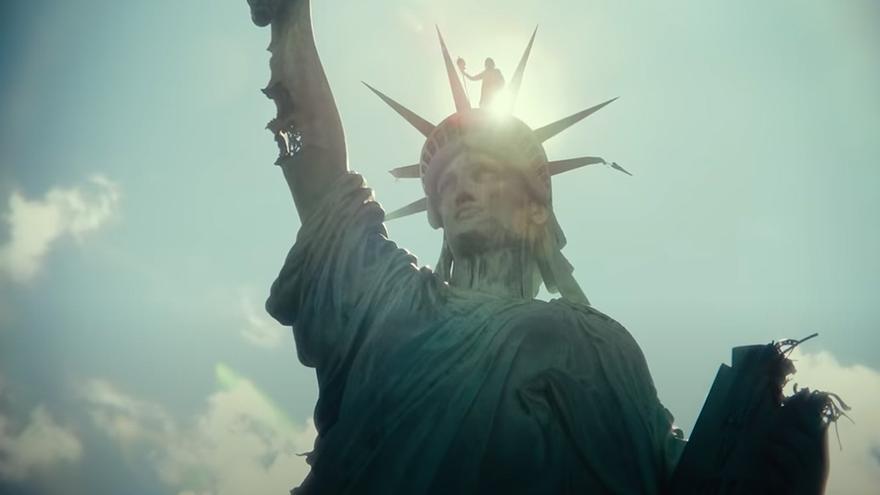 The long-awaited zombie movie from Zack Snyder, ‘Army of the dead‘, hits theaters this Friday, a week before it can be seen in Netflix, platform that also premieres ‘The woman in the window’, a thriller starring Amy Adams.

The rooms will host other novelties such as’Children of the Sun‘, which went through the Venice festival, or independent films such as’Live without us‘, a documentary about Cuban stories and a fantastic fable in Basque.

‘Army of the dead’, Snyder and the zombies

‘Army of the Dead’, the second film of Zack Snyder eThis 2021 after his version of ‘The Justice League’, he pursues the idea of ​​a group of mercenaries to carry out the biggest robbery in Las Vegas (USA) after an outbreak of the undead and before the city is bombed by the government, that is, in 32 hours.

The film stars Tig Notaro and Dave Bautista and Snyder, in addition to directing it, did the photography and wrote the story. It opens in a hundred theaters in Spain a week before it can be seen on Netflix.

‘The Woman in the Window’, psychological thriller with Amy Adams

Amy Adams stars in a new thriller suspense directed by Joe Wright, ‘The woman at the window’. Anna Fox (Adams) is a child psychologist with agoraphobia. She lives locked up in her apartment and begins to spy through the window on some new neighbors who have just settled in. Suddenly, you will become a witness to a crime.

The best-selling psychological suspense thriller adapted by Tracy Letts reveals secrets where no one is really who they seem to be and features actresses like Juliane Moore, Jennifer Jason Leigh and actors like Gary Oldman.

‘Children of the sun’, child exploitation to survive

The child labor of Ali, a 12-year-old boy, and his three friends, who work and commit crimes to get money and help their families, is the axis of this film that mixes drama and adventure. Ali is commissioned to find a treasure hidden underground, but must first join the School of the Sun, a charitable institution.

The work, selected as representative of Iran in the Oscar race for the best international film and presented in the Official Section of the Venencia Film Festival, is directed by Majid Majidi, one of the main exponents of Iranian social cinema, who already got the first Oscar nomination for his country for ‘Children of Heaven’ in 1999.

‘Living without you’, LGTBI + independent cinema

Presented last year at the Cannes Film Market, ‘Living without us’, a dramatic LGTBI + movie where the pain of lost love is shown, marks the debut in the feature film of the Swedish David Färdmar.

A young couple faces their breakup with serious consequences for both of them. It is a relief for Hampus to break away from his self-destructive relationship, while Adrian is devastated and heartbroken. The question is whether Adrian can survive without the love of his life or is there some way to get him back.

‘All the moons. Todas las lunas’, fantastic fable in Basque

During the death throes of the last Carlist War, a girl is rescued from an orphanage by a woman. The little girl, about to die, will think she sees in her an angel who has come to look for her to take her to heaven, but what he has given her is eternal life to live together, forever.

Igor Legarreta directs this fantastic fable starring Itziar Ituño, which reflects on the fear of pain and immortality and which is shot in Basque.

The jiennense Ana Hurtado collects all the interest he has for the Cuban population in a story of emotions where the image speaks for itself, skipping the traditional order of time.

The documentary ‘Heritage’ mixes miscegenation and transculturation present in Cuba, exploring the African origin of the culture and society of the country, which gives a rich, special and poetic cultural identity.

‘Clear your history’, fight the giants of the web

Three neighbors are overtaken by the technology bubble. Their lives have been compromised by problems derived from the networks. Marie was the victim of a sex tape, Bertran’s daughter is harassed on social media, and Christine doesn’t get good ratings from her clients.

The three of them get fed up with the situation and with the help of a hacker join forces to fight the web giants.. Run this dramatic comedy the couple Benoît Delépine and Gustave Kervern, who have already produced works such as ‘Le grand soir’ (2012) or ‘Aaltra’ (2004).