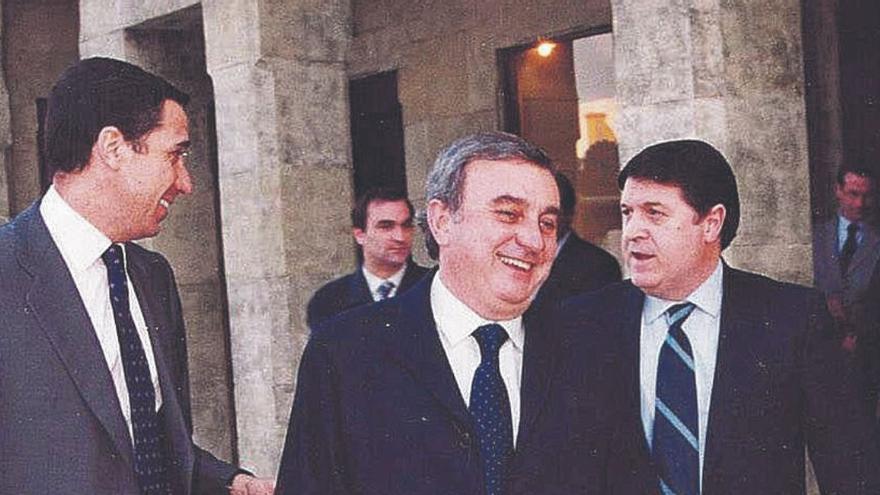 The alleged figureheads of Eduardo Zaplana They came to mobilize around de 20 million euros in various Andorran bank accounts, according to the Erial case investigators conclude. Part of that money fed the alleged front men of the former Labor Minister with cash, who allegedly would have also benefited. Another part traveled from company to company (with offices in Panama, Holland, Switzerland …) in search of investments that were not always fruitful, since, in some cases, they were a ruin for the managers of the supposed hidden fortune.

The exhaustive tracking of all these money movements is already available to the investigators of the Erial case in a report prepared by the agents of the unit of crimes against the administration of the Central Operational Unit (UCO) of the Civil Guard. The Court of Instruction 8 of Valencia and the Anti-Corruption Prosecutor’s Office must now decide the consequences of this exhaustive search and if they decide on new subpoenas.

Part of the traced money is unknown, for now, its origin. It would be 9.8 million euros of which it has not been possible to prove the true origin. Since the case was opened, it has been speculated that this amount of money came from the alleged bribes paid during the construction of Terra Mítica, the Benidorm theme park that inaugurated the ruinous stage of the major events.

Of the rest of the money, the UCO of the Civil Guard has credited the comings and goings with the company created by the Cotino family in 2001, Imison International. This company was created on May 9, 2001. And one of its first funds from which this mercantile was nurtured were the 600,000 euros that Juan Cotino transported by hand (when he was Director General of the Police) to Luxembourg and justified before the Luxembourg authorities as coming from the sale of shares in a golf course in Spain.

The Investigating Court, the Anticorruption Prosecutor’s Office and the Civil Guard UCO have proven that Imison International It got to mobilize funds worth 11.2 million euros injected, supposedly by the Cotino family.

The family clan did the round business by reselling the areas of the Technical Inspections of Vehicles (ITV) and the three areas of the Wind Plan awarded to them by the Generalitat and earn 86,511,400 euros: 37 million for the sale of their ITV company and 48.5 million for the Wind Energy Plan. 12% of this income ended up in the network of companies belonging to the Zaplana clan, which Imison International came to control as of 2005. In fact, one of Zaplana’s alleged front men and friend of youth, Joaquín Barceló, was the legal representative before the Imison International Tax Agency.

Part of this money that traveled from Valencia to Luxembourg and finally to Andorra was volatilized in failed investments, according to the summary of the Erial case. Some of the money “was invested in a Greek bank that failed.” Another 500,000 euros went to the purchase of land in Panama in 2008 that was a scam because the money “was pulverized.” Zaplana’s front men also acquired National Geographic shares in Spain, but the investment was also lost due to “mismanagement.”

Another 2.2 million euros were repatriated from Luxembourg and Andorra to the Valencian Community for real estate deals through four intervening companies created by Barceló and the tax advisor and another of Zaplana’s alleged front men, Francisco Grau. Barceló acquired two parcels in the partial plan 15 Poble Nou de la Vila-Joiosa for residential and hotel use. The Erial summary includes recordings in which the members of the Erial plot spend hours and hours negotiating the sale of the hotel plot, from which they intended to obtain 2.4 million euros and seek the formula to eliminate the mandatory reservation of VPO .

Finally, the Andorran accounts also supplied cash to the Zaplana clan. The UCO of the Civil Guard accredits in the report that “operations associated with cash” were carried out for more than 7 million euros.