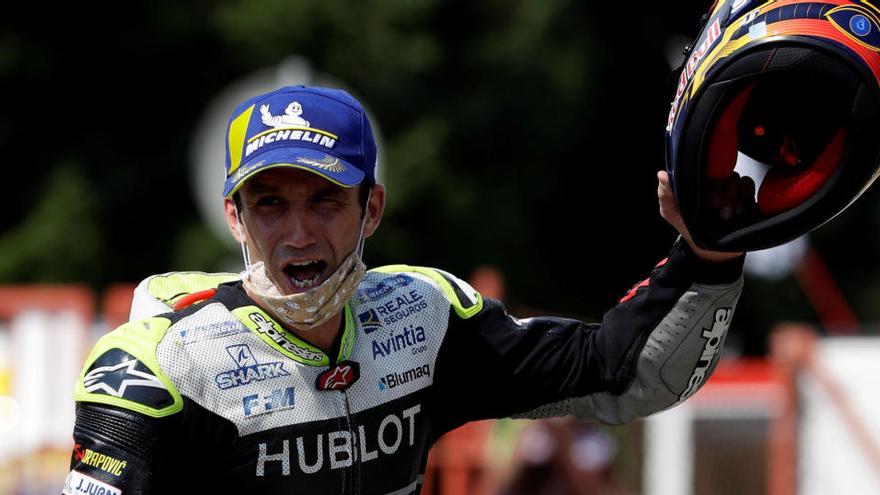 The French Johann Zarco, With a motorcycle from last year, the Ducati Desmosedici GP19, he beat all his rivals at the end of the first day of practice for the MotoGP Portuguese Grand Prix at the Portimao circuit.

Zarco finished leader with a time of 1: 39.417 ahead of the Spanish Maverick Viñales (Yamaha YZR M 1) and Aleix Espaergaró (Aprilia RS-GP) in a first day in which the top ten finishers finished in less than half a second apart.

Spanish Alex Rins (Suzuki GSX RR) was the first rider to suffer a crash of the MotoGP category. In the morning session there were no mishaps, but in the second the Suzuki rider crashed into turn eight when he lost grip on the front end of his bike at the entrance of the turn, although by then the second session He had just started and the Spaniard was able to return to his workshop after starting the motorcycle again, despite being in an uphill area that made him have to be helped by the controls of the Portuguese circuit.

Once again the portuguese Miguel Oliveira was the first to get close (1: 40.270) to the best morning time that he himself had starred in when filming in 1: 40.122, but being an extremely long session, one hour and ten minutes, there was more than enough time for everything to change in the final section of the day, which was also played with very good weather conditions and without the annoying wind that is usually common in this area of ​​the Portuguese Algarve.

Some time later it occurred the second fall, starring the Japanese Takaaki Nakagami (Honda RC 213 V), He was second behind Oliveira at the time, when he went downhill at turn four, a downward curve to the left, with no physical consequences for the Japanese rider, except that he lost a couple of positions in the session’s time table.

At that same point, turn four, the Italian Valentino Rossi (Yamaha YZR M 1), who followed far behind in the classification of the day, without finding the line or a good set-up for the bike.

Outside of the second direct classification, Takaaki Nakagami, who had been one of the highlights in the morning but was surely conditioned by his fall, as well as Alex Rins, who finished seventeenth, with the “local” Miguel Oliveira in thirteenth position ahead of Cal Crutchlow (Honda RC 213 V), with Italians Danilo Petrucci (Ducati Desmosedici GP20) and Valentino Rossi (Yamaha YZR M 1), far behind, nineteenth and twenty-first respectively.

Nor did Alex Márquez (Repsol Honda RC 213 V) adapt too well to the track, who occupied the eighteenth place, just in the wake of Alex Rins.