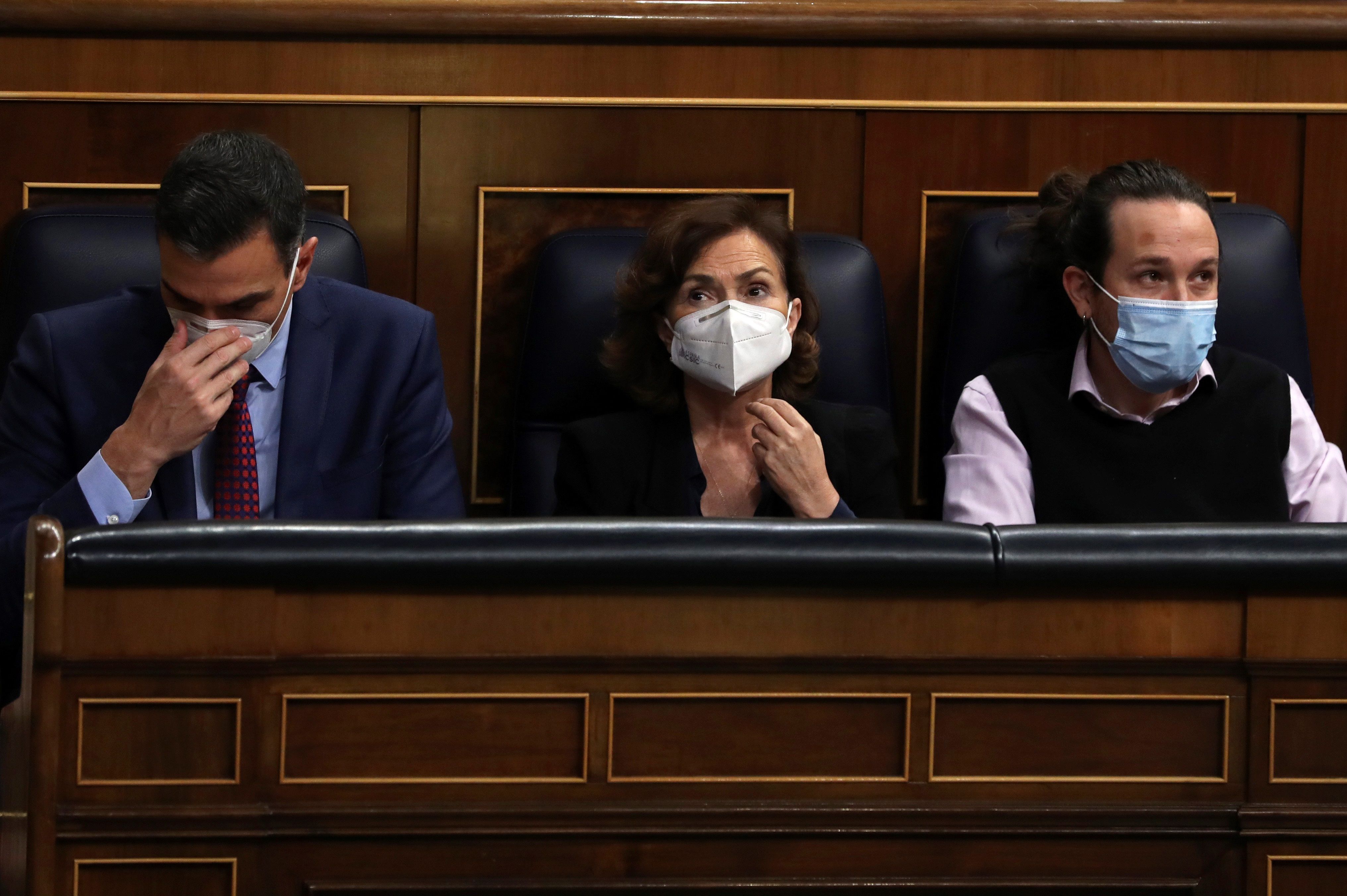 The expectations were very high, but La Zarzuela had been warning the Executive for weeks that they are in favor of a more cautious language, always with elliptical shapes and without directly mentioning the scandal of the king emeritus, origin of the greatest wear of the image of the Monarchy since the Urdangarín case. Finally, the advisers of King Felipe, headed by the head of the Royal Household, Jaime Alfonsín, opted for a middle way to address the key issue of the Christmas Eve speech: they neither avoid it completely, nor do they cite it openly.

A formula is used that can be understood – when saying “above any consideration, of whatever nature, even personal or family ones,” it seems clear that Felipe VI refers to his own family, that is, to his father. but without the direct language that many in the political world expected.

On video, the words of King Felipe on family ties.REAL HOUSE / VIDEO: QUALITY

The government also conveyed the idea that they were demanding a very direct language from La Zarzuela, away from the usual contention. But the Royal House remained faithful to its line and the Government finally accepted the writing of the speech, which it always supervises.

In the Executive there is division of opinions on the final content of this text. While some members believe that it is sufficiently clear and the expected response of the head of state to an issue that directly affects the institution, others believe that it could have been much more crystalline to launch the same message of exemplaryness, but with more direct words than imply clearly separating the figure of Felipe VI from that of Juan Carlos I.

This debate on the depth of the message takes place within the socialist sector, because on the side of United We Can, which has been left out of the negotiation between La Moncloa and La Zarzuela, a very clear message of recognition of the scandal and request for excuses, something very far from the final result.

But in any case, regardless of the internal opinions of the Executive, the decision of La Zarzuela to opt for an indirect allusion to the scandal has the official sanction of the Government, which after much debate assumed the text that came from the team of Felipe VI with some minor observations.

This especially delicate matter has been handled with great secrecy by a very small group of people in La Moncloa. The direct dialogue has been maintained by Vice President Carmen Calvo with Jaime Alfonsín, who are the ones who have spoken openly about the ideas that the speech should contain. The president, Pedro Sánchez, has closely followed those conversations and has supervised the text. Iván Redondo, the Chief of Staff, has also been on top, as well as Félix Bolaños, Secretary General of the Presidency. Between the four they make up the heart of power in La Moncloa.

The scandal of the emeritus king was the only matter likely to cause differences between the government and the head of state, because the heart of the speech, focused on the pandemic and its dramatic consequences, did not generate any dissent. This year, in addition, King Felipe and his team have decided to completely leave out the Catalan problem, something that undoubtedly could have generated some noise between the Executive and the Royal House, since it is a politically very sensitive issue. Once the possible obstacle of Catalonia was saved, only the issue of the emeritus remained. The government finally accepted what came from La Zarzuela, although several of its members would have liked greater clarity.

Also Read  Covid: I can be infected again after I have recovered and 6 other questions related to Ómicron