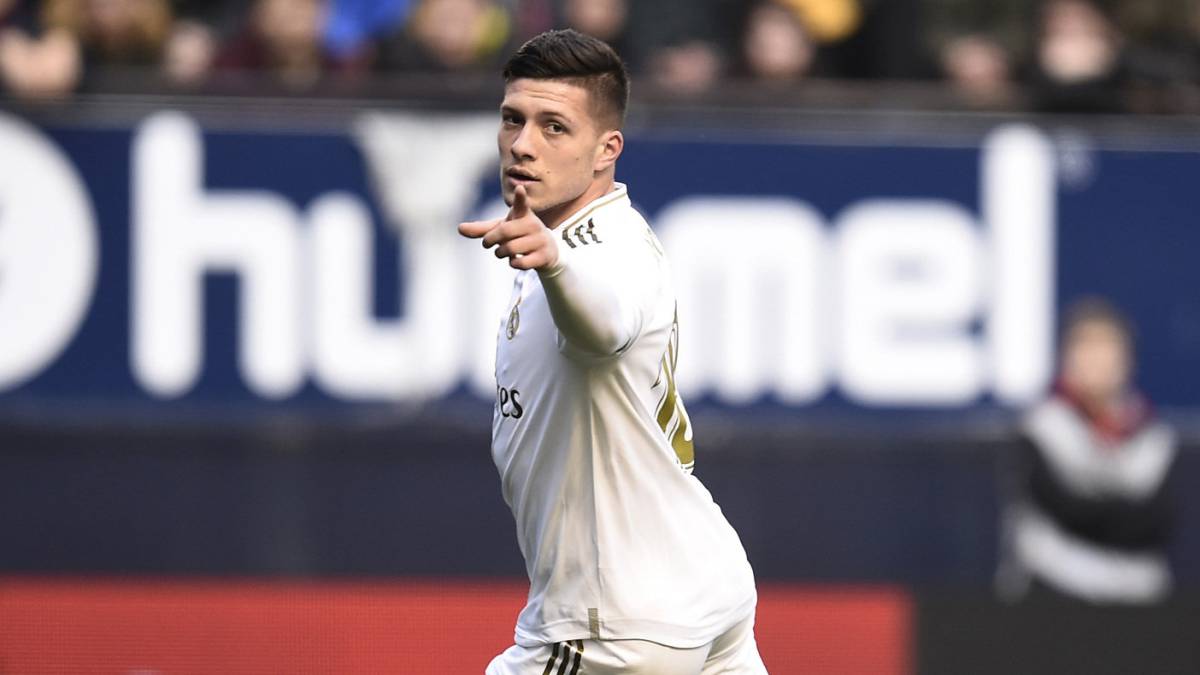 The Real Madrid coach, Zinédine Zidane, acknowledged that he is concerned about the season schedule, “too much” in his opinion for “the health of the players”, but that they accept it and it does not “change” their philosophy of trying to win all the games, starting with this Saturday against Villarreal. Sergio Ramos, injured during the matches with Spain, is a sensitive loss “because of his importance and because of what he transmits.” The club has confirmed that forward Luka Jovic, “has tested positive for coronavirus in the tests carried out this Friday morning,” according to the statement. Therefore, the Serbian can not be the game for the French coach, who has a full infirmary.

“I am not going to enter into that debate, but it is true that the calendar is too much. I think about the health of the players and having the games we have, but it’s not just us, there are many other teams that live the same way. I’m worried about the calendar, ”Zidane admitted this Friday at a press conference. The Frenchman, who pointed out that coaches “need to feel that they are being listened to” on these issues, stressed that the large number of matches in a row diminish “health and play.”

“To give a good show it is important to rest. Recovery is very important and we don’t have it “, he recalled, clarifying that” it is very difficult “to get into a good physical tone. “But it will be like this until the end. It is not looking for excuses, it is reality, but it is like that and it does not change us in that we have to try to win all the games, “he warned. ‘Zizou’ also assured that it was “frustrating” to see the injuries of Sergio Ramos and Varane with their respective teams. “Anyone who gets injured is bad news, but that’s it, today is another day. We know that Sergio will not be there and we want him to recover quickly. Rafa is going to be there and the others are thinking only about the game, “he remarked.

Of the French, anyway, he confirmed that “it is not one hundred percent.” “He did not train on Thursday and has a blow, but he is committed to playing and that is good,” he stressed. Of the captain, he stressed that he “always” wants him in the team “for his importance and for what he transmits” but he considered that he should not stop going with Spain because “he has nothing to do with it” and he has to extend his international career ” until he wants ”. “He is our leader and an important player, he has shown it and is showing it,” added the one from Beds, also in the spotlight in case he renews or not. “I want him and the club to be well, I hope it is quickly fixed for the good of all,” he settled.

However, Zidane can also recover players who were injured before the break such as Carvajal, Nacho or Benzema, in addition to Hazard, Casemiro and Militao, who tested positive for coronavirus, although they do not know their physical condition. “I don’t know, we haven’t had a game, but the players are prepared and Carvajal and Nacho trained normally,” he said. The Madrid coach asked to “make a group” and think “only” about the visit to Villarreal despite being days away from the duel against Inter, key for the future in the Champions League. “All the games are important because every time we have to play we have to do it well and we cannot relax for a minute because each rival demands a lot from you,” he said.

“We want to have a great game,” said the Frenchman, who thinks that doubts about his future every time the team is not well is something that “will not change.” “We are at Real Madrid and we know the situation. Every time we play we cannot even miss a minute, it has always been like that, it is what this club is, ”he declared.